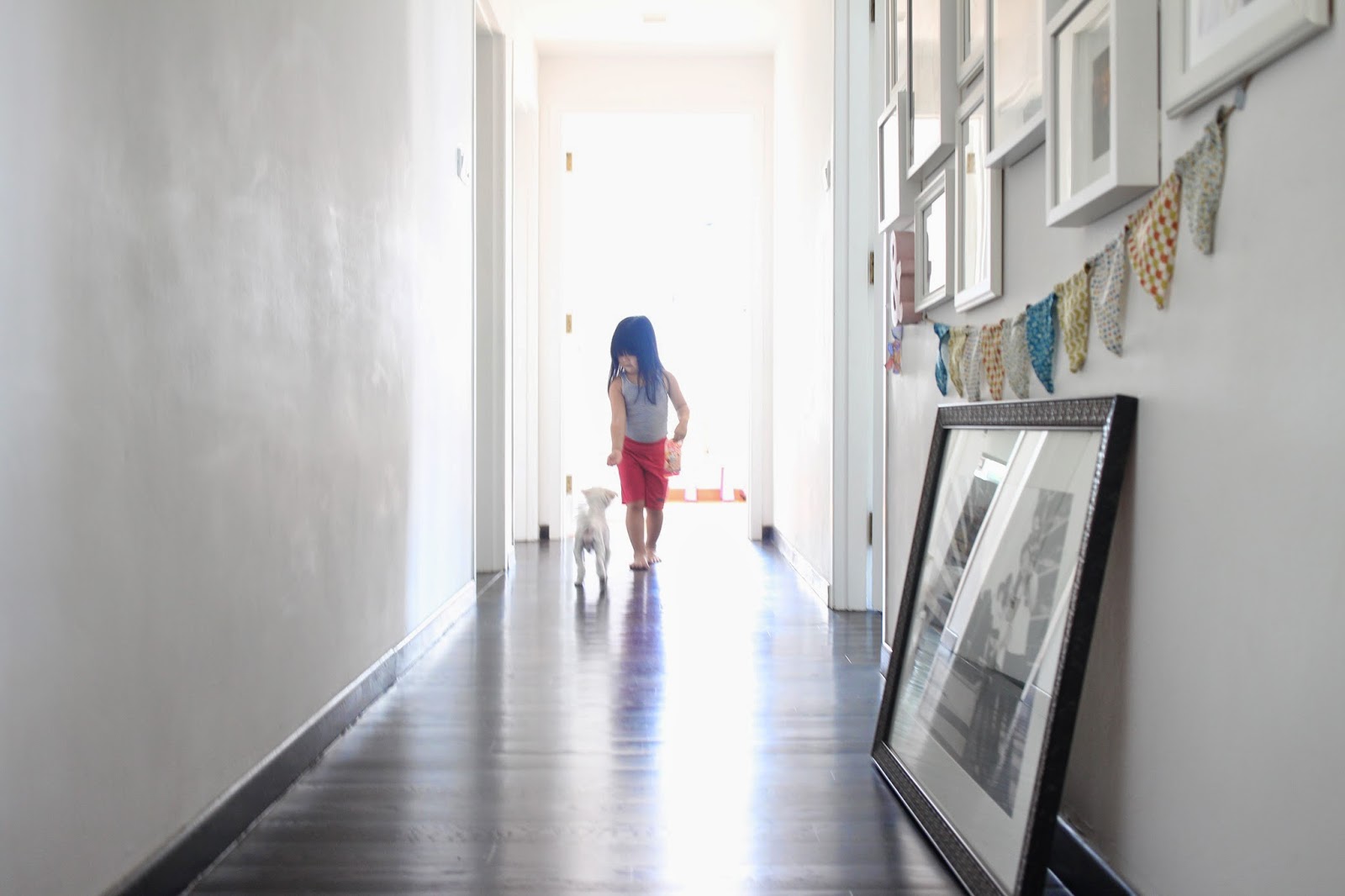 The kids have been asking for a little pups for quite a while now.

Life has been rather busy lately so it's kinda on the back burner. We are also quite certain that we want to either adopt or buy from a reputable breeder, so certainly it won't be a quick process.

So, darling Z, who spoils these kids silly, asked if we could dog sit for a weekend as she was going away. And immediately I said, "YES YES YES!" (But kept it quiet till the day before Muu Muu arrived.)

And what a weekend it was! 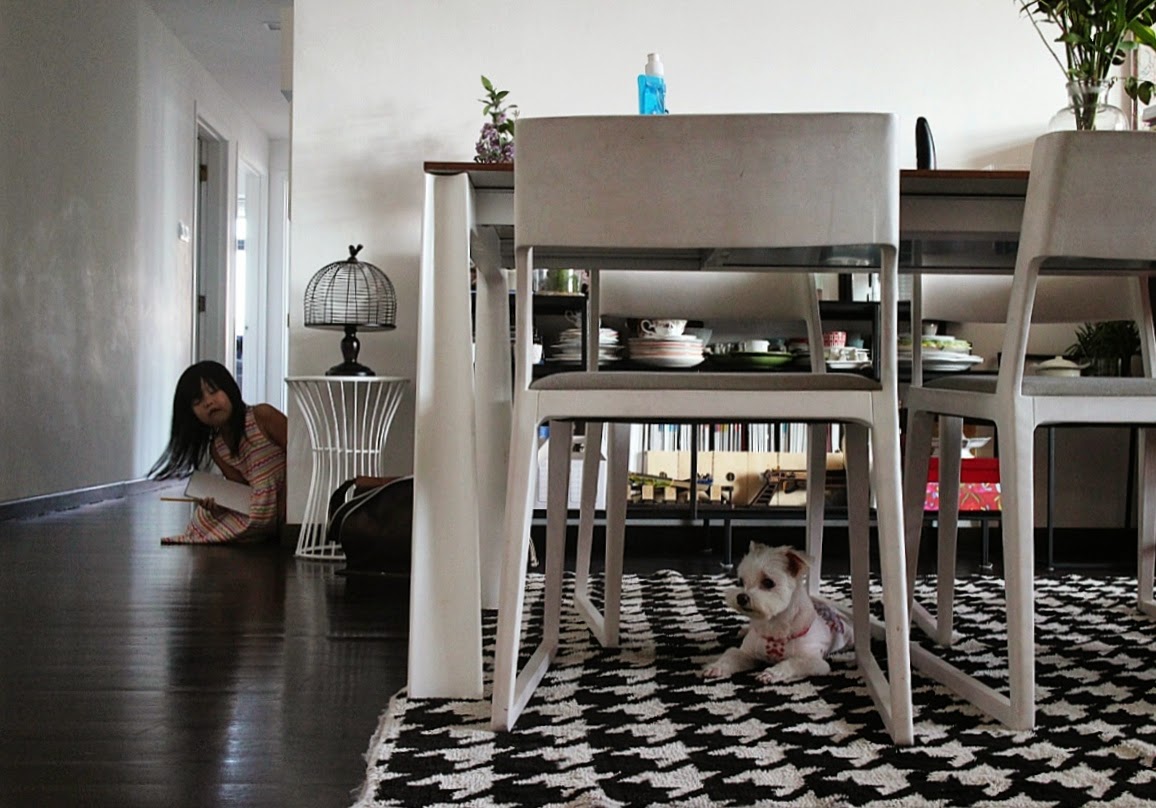 From the minute he was dropped off, he was the center of these kids' universe. They fed him, cuddled him, walked him and just fussed over him. He was hardly left alone. In fact, we took him everywhere.

Korkor K was the one who put him to bed every night and looked for him the first thing in the morning. He reluctantly left him behind when he has rugby or music lessons but other than that he's always wanting to cuddle him. 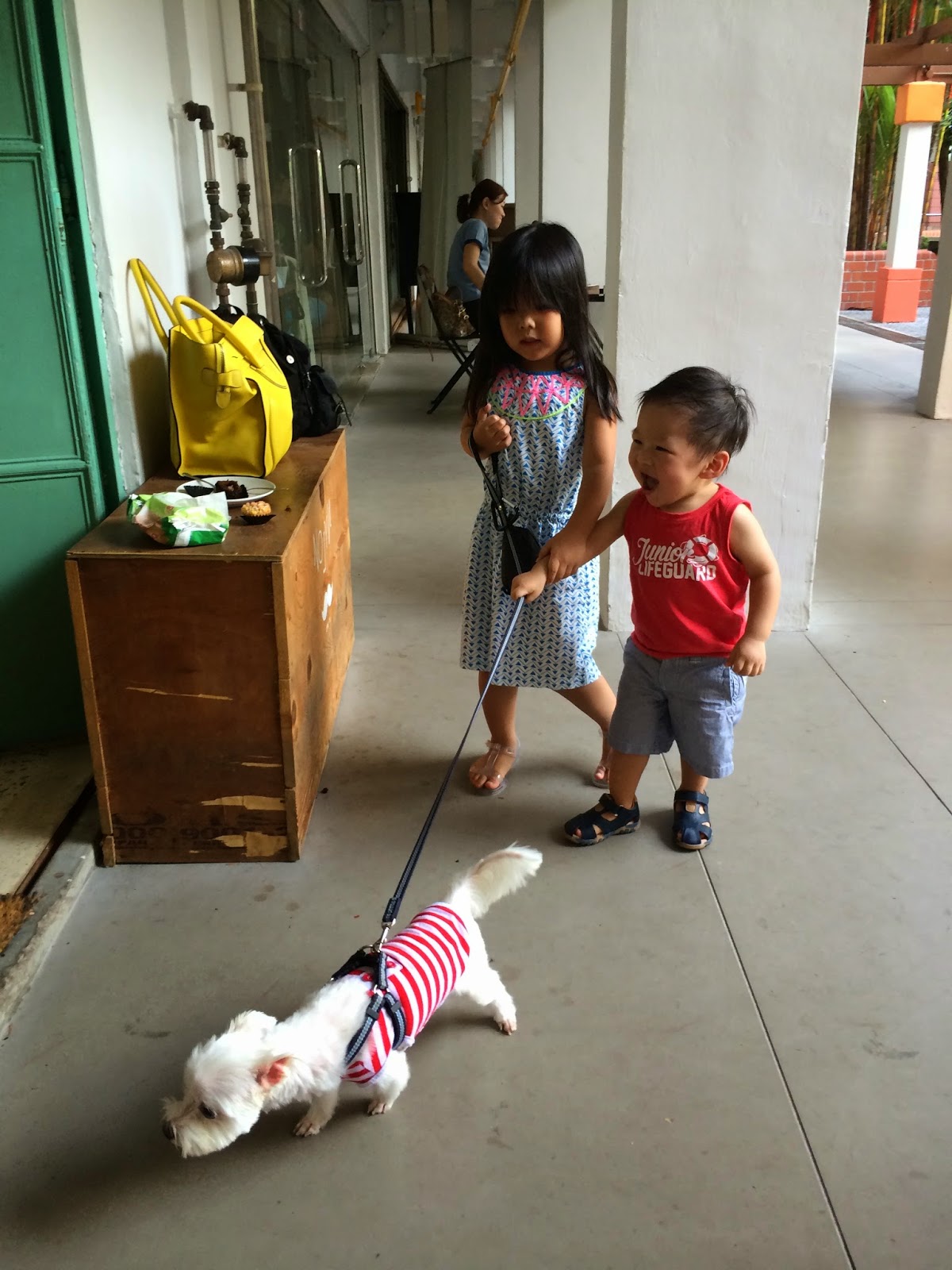 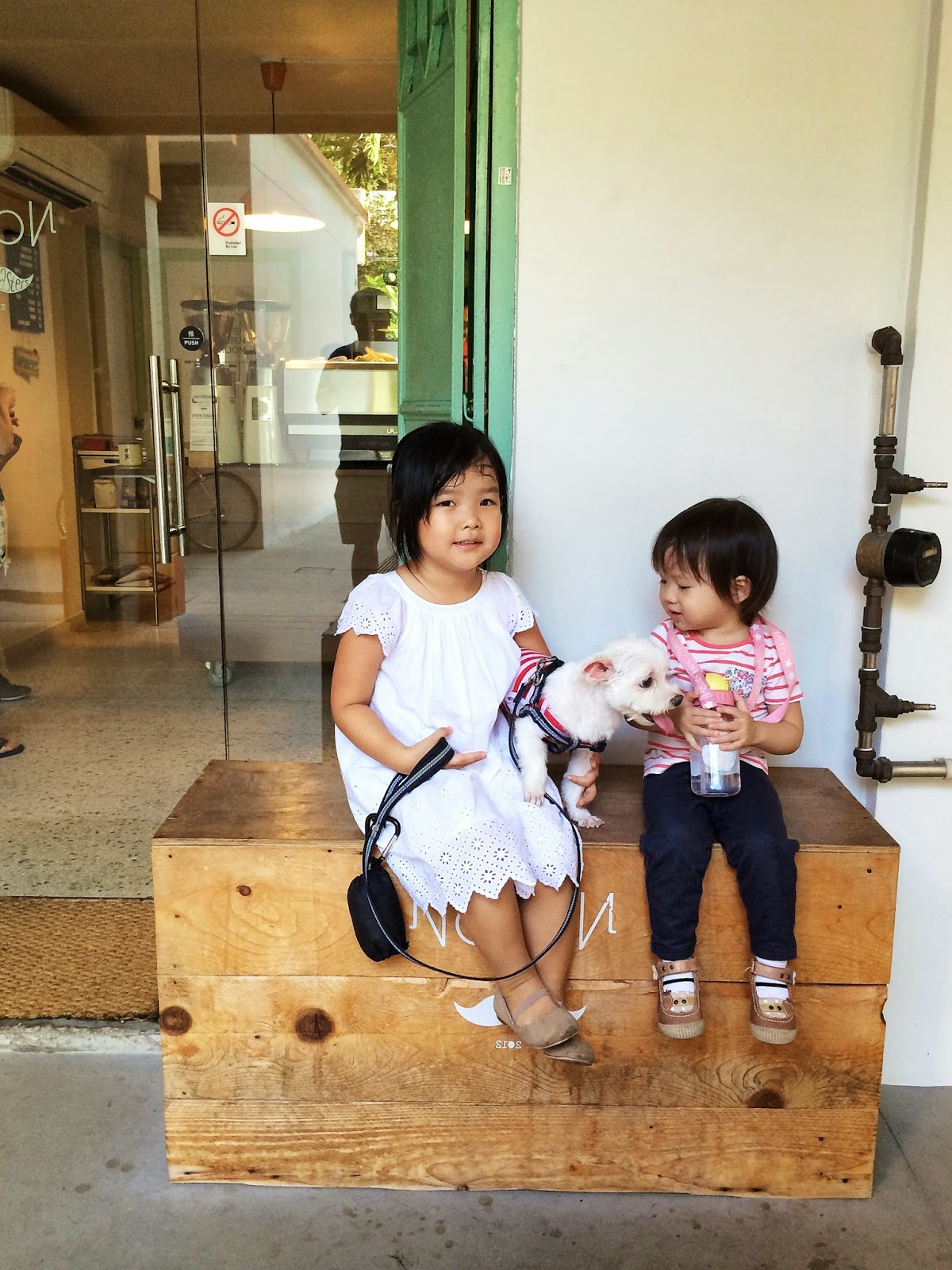 Mei mei, was surprisingly quite a good sitter. She walked him, fed him and even fought with her korkor over where muu muu should sleep with at nights. Poor Muu! Being tussled between the two!

And on the day, he went home, she walked him a final time and said "I'm not going to be okay because I love Muu Muu."

Even Jake got into the cuddling action!! Which is really big cos he's not a big fan of dogs (even though he was born in the year of one! Go figure!!

And they all missed him when he went home. =(

It was such a wonderful way to see these kids learn about being responsible for a pet. It's such a pleasant glimpse into the future. Hopefully, we can find a little pup that would join us soon!
Posted by Pam at 12:22 AM