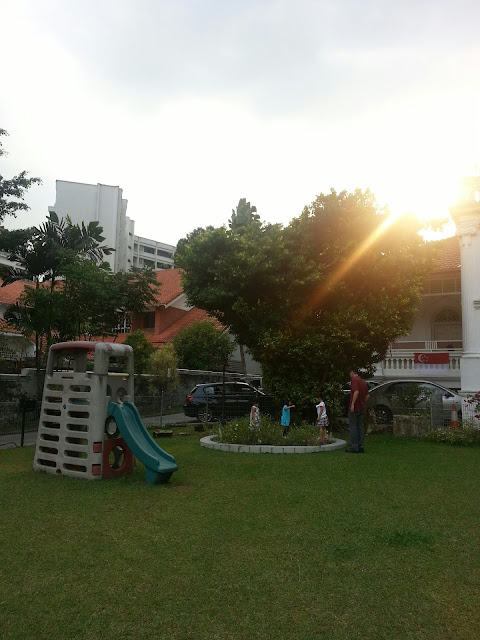 Ever since she was young, this little fella has always been very adamant about the way she would like things to be. And she has no issues telling people (adults too!) how it should be done. Her will is very strong and being quite the charmer she is, she usually gets her way. 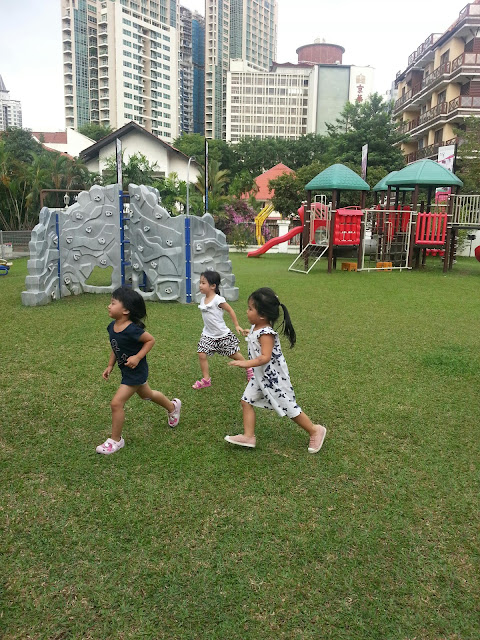 One little indulgent activity she likes is visiting the playground after school. She and her little gal friends would run the entire perimeter and make up games and stories as they go. It is all very very cute and adorable. It is her highlight at the end of a long school day.  However, there are days when I'm rushing to do other stuff and couldn't indulge her in a little play time, which always leads to tears and upset words. (of which, she promptly dozes off! Thankfully.)

Remember how I said she would always have what she wants?

Last evening, I received a call from my daughter's Mandarin teacher. She asked in a worried tone if I had heard from the form teacher, which I didn't. She then proceeded to tell me that she saw K putting on her shoes when she was leaving. She was pretty certain I wasn't there to pick her up yet. Then, shortly after chatting with some parents, she suddenly saw her across in the playground. Which absolutely scared the living daylights out of her. Fortunately, it's something along the lines of what I think she could possibly do. So I told the teacher to not panic and I would speak to K. The teacher then said this, in a relieved tone, "Other kids might not do it but Kate is definitely capable of it! Cos she's a clever little one" *dunno to laugh or cry at that*

You know when kids do something wrong, they won't look at you in the eye. That was what I got out of the kid. Which is telling of the naughty thing she did prior. I told her gently that it's really dangerous and she could get hurt by dashing across the car porch. To which, she nodded her head and gave a sheepish look. *I certainly hope she doesn't brace herself for another adventure like this again*

Parenting. There are all sorts of funny incidents that you never think you will encounter. This is just one of those steps along the way.

Email ThisBlogThis!Share to TwitterShare to FacebookShare to Pinterest
Labels: Kate