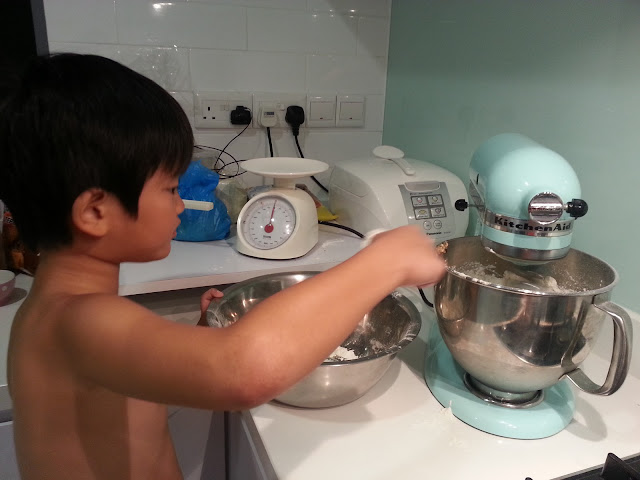 Have you ever looked at your kids and wonder which of them are the exact replica of you.

I did and didn't have to look very far to find my reflection in my firstborn who strikes the strongest resemblance in both looks and character from his mothership. Lately, he has incorporated his keen interest in all things culinary, which is just like his mama.

I remember when I was a young mama, I said to myself that I would like a kid that can cook and clean by the time he is ten. Kayden is not that far from it. Often, he would poke his head into the kitchen when I am baking. Asking if he can help with anything.

Slowly, I find myself encouraging him to help. I start by breaking down recipes so that he can play an active role in the baking process. In the initial stages, I was measuring out all the different ingredients prior to baking and now we have progressed to him trying to figure out their weight on the weighing scale. (A very wise teacher once told me that math needs to be practical. Let the kids learn the value of things by seeing it apply in their daily lives.) And he helps to scoop or mix ingredients together. It is a very gratifying exercise for him. Which really delights me to do an activity that we both love.

You might note that it takes a lot of patience working with kids. Sometimes he gets a step wrong. More often than not, it might take slower than usual to get everything done.

However, it takes so little to make him happy. Even though it's just a small step that he's contributed in the baking process, it totally brings a smile on his face.  The satisfaction of seeing him learn a life skill and something so so different from the books, makes it all worthwhile.

Last week, we had some time in the evening and what did we do? We baked Andrea's Chocolate Chip cookies. =) Ah my son! Maybe we could open a bakery some day! 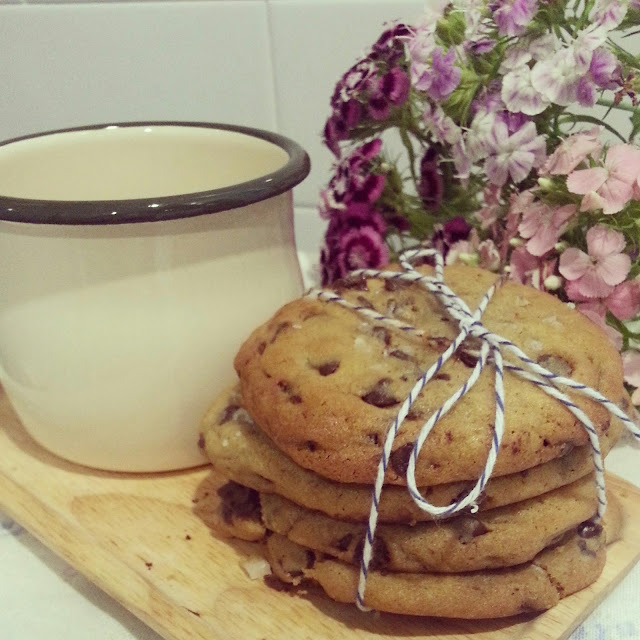