I don't even know how to begin this post. It's taken me a while to write this as I've lost the pictures when my phone was stolen. Sigh. Thankfully some of them were uploaded to Facebook. Anywayz...

Back then when we were skiing/snowboarding in Melbourne, we've always heard about the wonderous powder snow that is at Niseko. Every person who has been there would always rave about the volume of powder in Japan. We were intrigued but before we had a chance to explore Japan, we were expecting and next thing we knew we had three kids. Ha!

Niseko turned out to be so much more than what we thought it would be. Other than the glorious cover of powder, the food there was outstanding. Not once did we have a bad meal there. Plus, it was a complete town so if you are not skiing, there are still plenty of activities to keep you occupied. We definitely had a fantastic time there.

But first up, let's start with the accommodation. Our trip started on the wrong foot because we missed our bus ride to the mountains. It was snowing that morning and we got the pick up point mixed up. Haiz. So the husband had to arrange for a private bus to get us to our destination.

Two and a half hours later, we arrived at our apartment, Powder Tracks. I had booked a one bedder as the kids are still able to sleep on the couch. Hence, we could save some on the accommodation costs. It wasn't the biggest but it was ok for 5 of us to sleep in for a couple of nights.

I liked that it was clean and clearly very well looked after. A seven year old development that is being managed by Hokkaido Tracks. We were received by one of their staff who ran us through every detail of the apartment. It was very fuss free. I liked that it was very well thought of. There was a drying room for our gear,  and free washing machines and dryers for the guests usage. Brilliant!

Upon entry, the kids were very excited that it was a loft! Didn't take much to get them excited. =)

Here are some pictures of it! Next up, more snow! 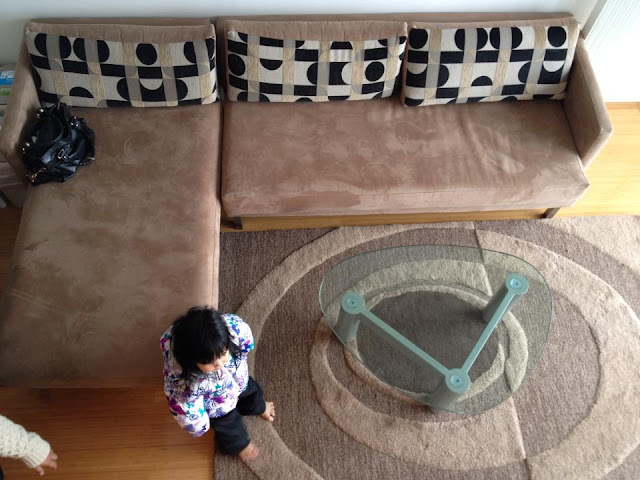 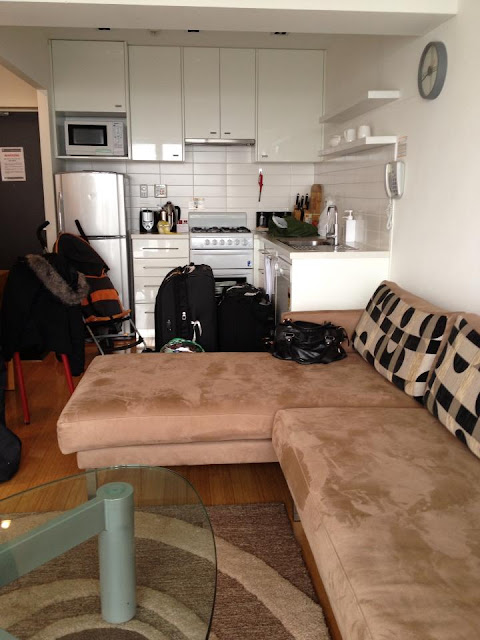 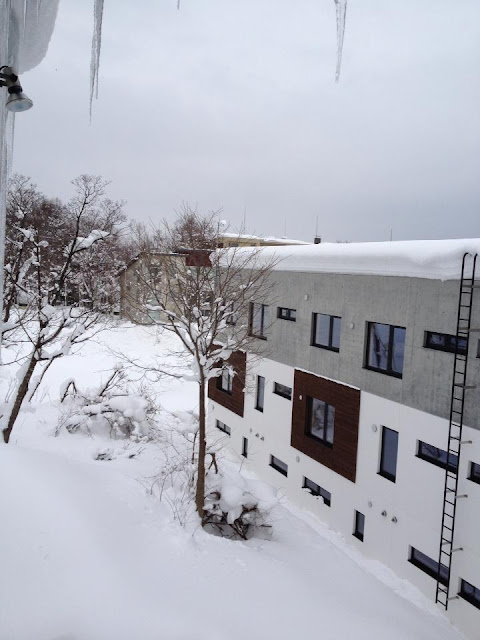