Japan 2012 : Of Christmas Markets and Snow

Our little trip to Hokkaido was planned rather last minute.

We were thinking of going to somewhere new with the kids when suddenly it occured to us that we should bring them skiing. It has always been a long term dream for us since we started skiing and snowboarding. Seeing little kids ski down with their parents then made us wanna do that for our children when we have some.

And since we do now, and all of them are out of diapers, it was a good time to bring them to experience the thrill of winter sports.

Our first stop was Sapporo. It was where we planned to rest for a day or two after the fourteen hour flight that we took. 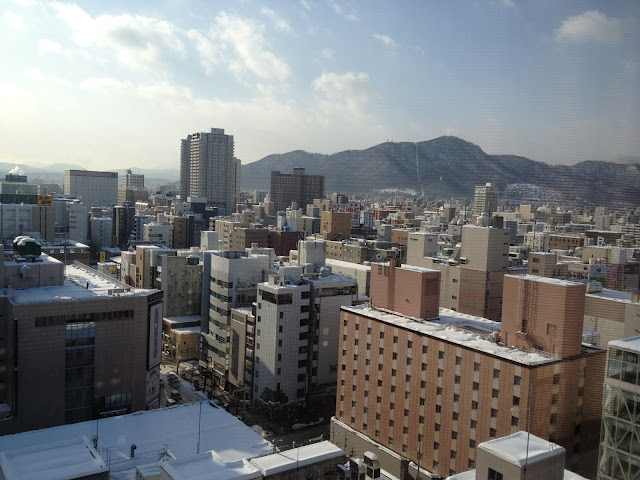 Sapporo, home of its famous namesake beer, was capital of Hokkaido. It was busy bustling little city with lots of low rise building. When we arrived, we were greeted with a freezing gust of wind. And as we traveled to the city, we were pleasantly surprised to see a blanket covered town. 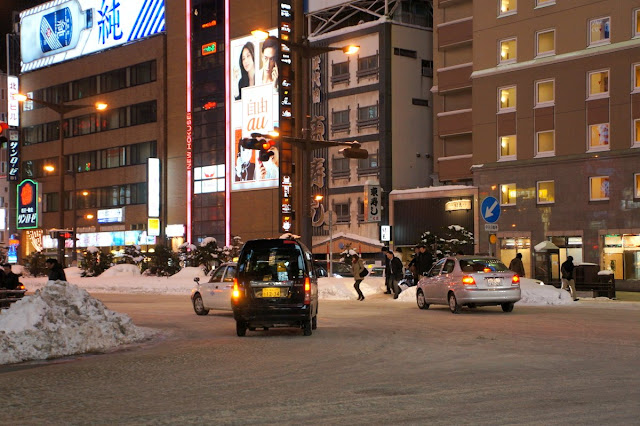 Susukino, the night life district was where we stayed during our trip. It's just at the entrance to sapporo city situated next to the river and my oh my was it an excellent location to be. We had an excellent ramen store next to the hotel where even the noodles were filled with the flavours of the soup stock. And at night, the streets come alive with the endless izakayas and yakiniku restaurants. There are karaoke bars and plenty of night entertainmen too.

After resting for a night, we spent a day there, before leaving for Niseko, and our first destination was to hit the christmas markets down at Odori Park. (Because it was only going to be around till Christmas eve.) It took us twenty minutes to walk there. (with a side trip to a ski store and Mos burger.) 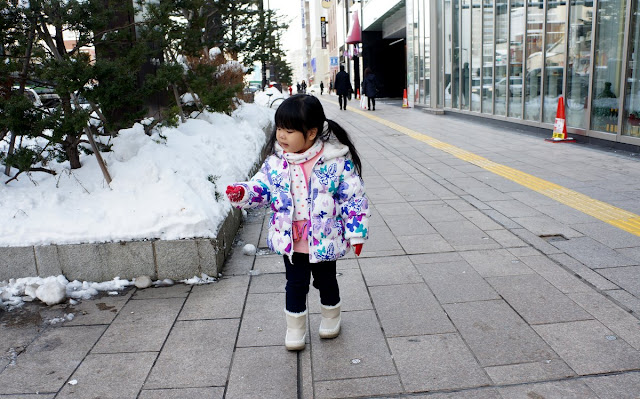 The chilly weather was such an eye opener for the kids. Having almost never (and forgotten by the boys) experienced winter before, seeing snow was a BIG BIG thing for these kids.

Walking down the snow filled roads, they stopped ever so often to scoop the road side snow and had snow ball fights with each other. It was very fun to watch but we had to stop them after a while cause we had a fair walk to go and they were gonna get wet from all that snow. #boringparents 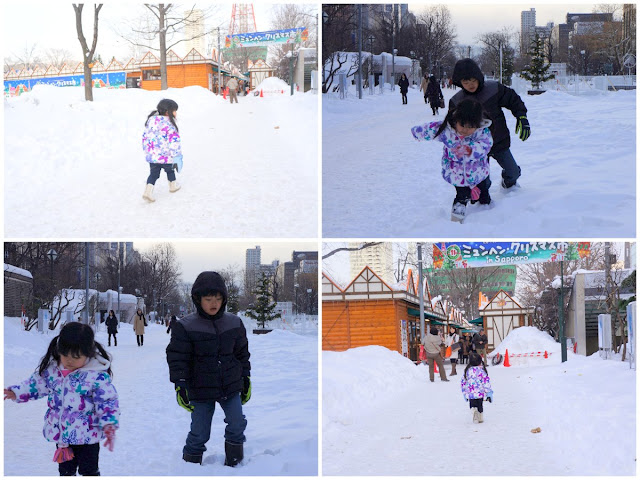 It was rather magical walking through the snow filled Odori Park. It was like a kid's winter dream come true. There was a thick blanket of fresh snow for them to stomp in, throw snowballs, lie on, make snow angels. It took us a long while before we got to our destination. 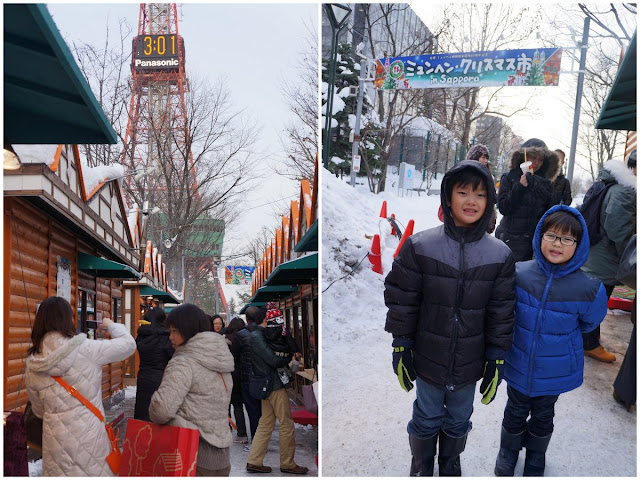 The German Christmas market was not quite as massive as what we expected. Occupying a small portion of the park, it is located right next to the TV tower. But the festive cheer was definitely there. There were stalls selling freshly roasted almonds and also, plenty of food stalls to curb those winter hunger. Food was actually really decent. So much so we actually bought a few plates to share with the kids. 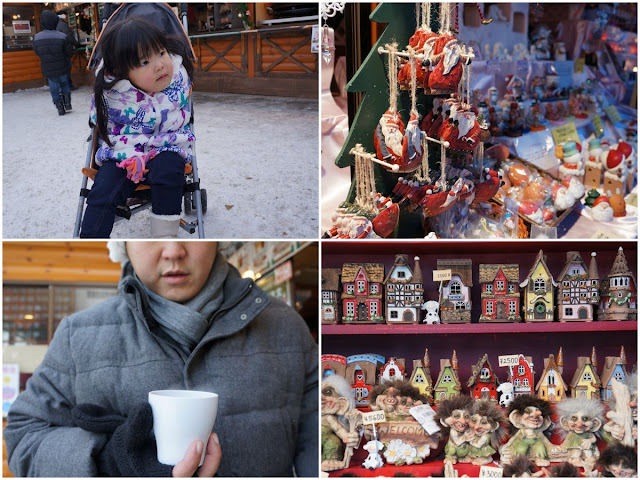 We bought a mug of malt wine to share and the boys were intrigued with the red liquid. What's that they asked? The husband actually convinced them that it was hot ribena and proceeded to give them each a sip. =p 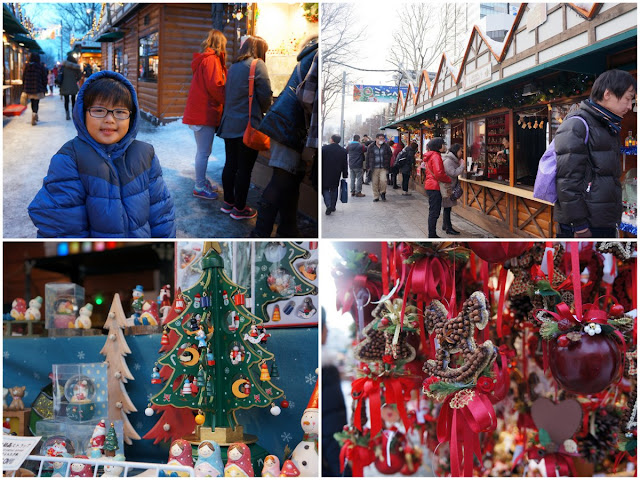 We loved the ornaments that were being sold there and bought a few wooden ones to bring home. Soon it was dark and we decided to call it a day with the markets before heading indoors because it was freezing at that time of the day.
Posted by Pam at 12:20 PM