The boy turned seven a week back.

I was rather keen to keep his birthday a little lowkey this year so I promised to take him to Legoland. It really made his day because he's been asking about it since the day it opened.

It's an easy drive in from the second link. All we had to do was to drive through the second exit (312) after crossing the check point. There were plenty of signs to guide us there after. 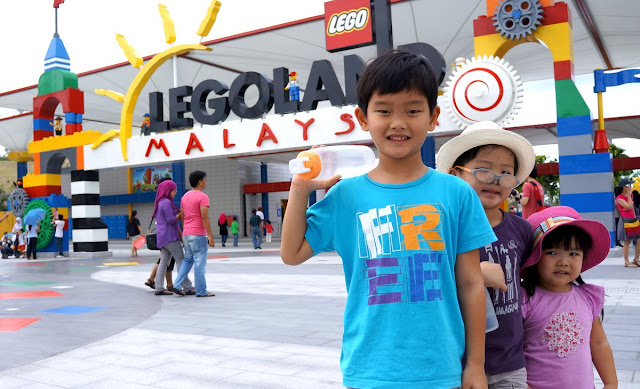 Despite it being a Sunday, the park was surprisingly not as crowded as I thought. We used a discount voucher which entitled us to a free kid ticket for every adult ticket. The queue was short and soon we found ourselves in the land of colored bricks!

The park was huge and was rather well planned with a number of different themed worlds for little kids to explore. The spaciousness was rather welcoming and the staff were polite and professional. I liked that they were rather conscious about the safety procedures. (which is important when it comes to kiddie activities.)

The boys wasted no time in getting in line for their rides. We loved how manageable the queue time was. We waited for no more than 20 minutes for most rides. Fortunately, the boys are tall enough to make it for all the rides. (a minimum of 110cm) So poor lil bubba had to sit out most of them. She's only managed to get onto one ride. Poor kiddo! 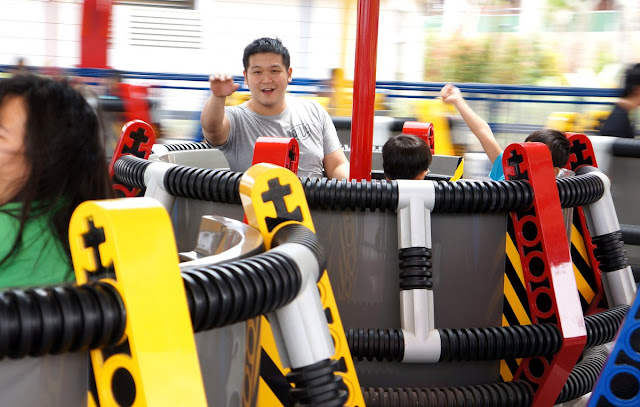 I loved Miniland, in particular. It's made up of the highlights of different countries. The detailing on each model is intricate. I could go on staring at the robotics but lil K was getting a little grouchy so we had to retreat to the airconditioned restaurant to rehydrate them all. (Food sucks, by the way.) 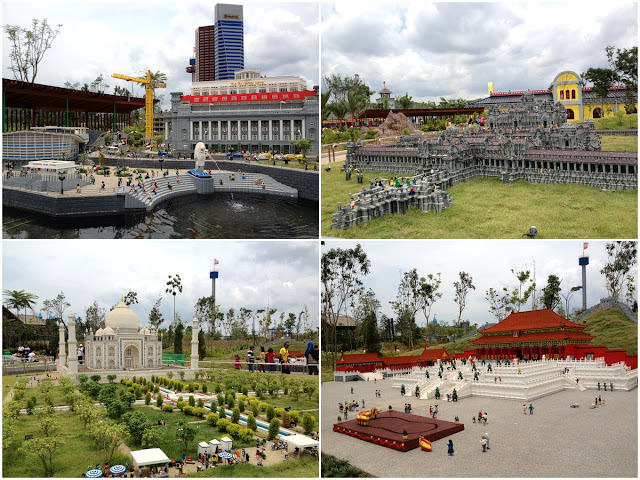 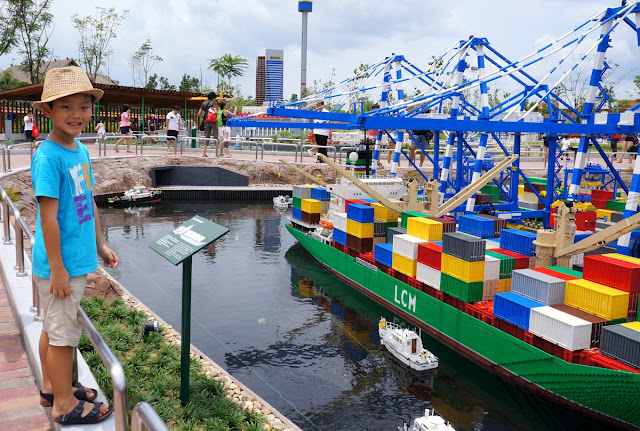 The one section we enjoyed the most was the construction of vehicles. Gosh! I think we spent easily an hour there. Jake was so stoked at the magnitude of bricks available for him that he kept upgrading his car, after sending it for a test race. It's funny seeing how he zooms past me a dozen of times just to perfect his car.

In the end, we decided to call it a day at 5 in the arvo. The kids had a good run and were a little tired so we thought it's time to go home. We upgraded our daily passes to an annual one for a  top up. So I guess we will be back sometime soon. =)
Posted by Pam at 12:29 AM