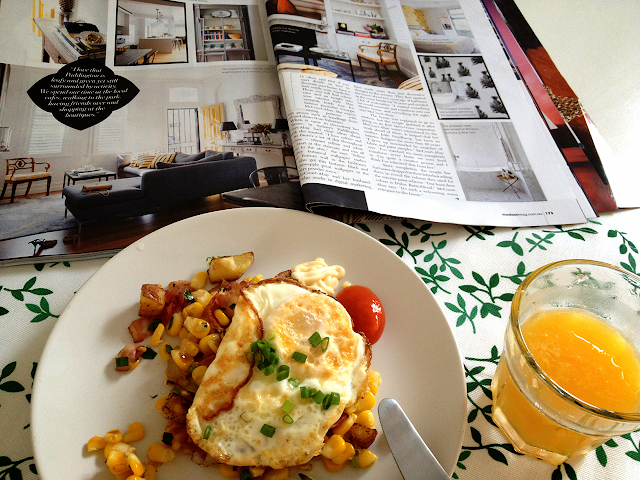 It has been such a lazy long weekend.

I'd wanted to go away but clearly booking last minute tickets was a very very bad idea. So we stayed in town and just pottered around.

It's been rather relaxing, really.

We went on date nights. Caught three movies. (One with the kiddos) Had a glorious steamboat session at Imperial Treasure. Had coffee at the new CSHH Coffee. Watched my kids play hide and seek and catching in the big compound there. Simple pleasures it is these days.

Today I had a bit of time on my hands so I finally tried the bacon and corn hash from Smitten Kitchen. It's been a while since I'd seen it and boy am I glad that I attempted it. It's not exactly the healthiest dish but it is very gratifying and satisfying for Sundays.

All it took was 4 ingredients, a dash of salt and pepper. A couple of minutes. That's it.

My husband tried it and he's declared that life is indeed good, when the first spoonful went into his mouth. =) They ain't wrong when they say the way to a man's heart is through his stomach. 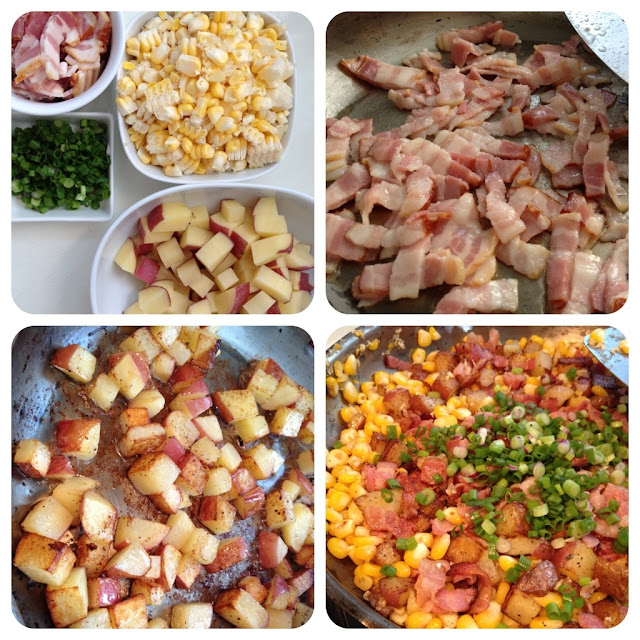 I've also fried an egg to add to the dish. And I like to serve it with japanese mayonnaise and chilli sauce. =) Just a little bit of personal preference.

Email ThisBlogThis!Share to TwitterShare to FacebookShare to Pinterest
Labels: Recipes