Last Saturday, we all got up bright and early to head to the boy's school for a game of Parent-Son rugby game.

Naturally, D got nominated for the role! I volunteered to take the new camera out to capture the moments.

﻿
The skies were so blue and clear that morning. It was summery hot and we all stood by the sidelines cheering both the big and small boys on.

In fact,  you would be surprised to see how talented some of the kids are. Some of them can whizz past the adults like lightning.


K got hit on his mouth and had a bit of bleeding but it was no big drama. A bit of ice and some TLC, he was back on form. 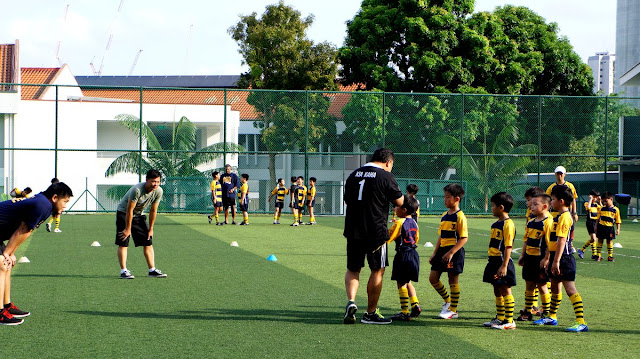 Overall, it was a good morning. And it's good to see the progress these kids made in their sport.
Posted by Pam at 8:00 PM