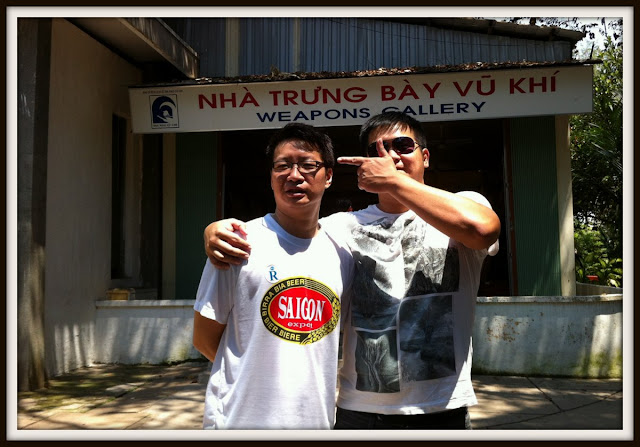 Cu Chi Tunnels is a tourist destination known for its infamous tunnels which the Viet Congs used to defeat the Americans. It is a complicated web of tunnels under the forest grounds of Cu Chi.

We had a free day when D&H left for a wedding in a village so we booked a tour to see the tunnels and ,also, because the boys wanted to shoot some bullets.

H booked us into this cheap tour that cost $15USD. We were left scratching our heads as to why a private tour for four is so cheap? Turns out it was a group tour in a really shitty bus with a busload full of tourists. 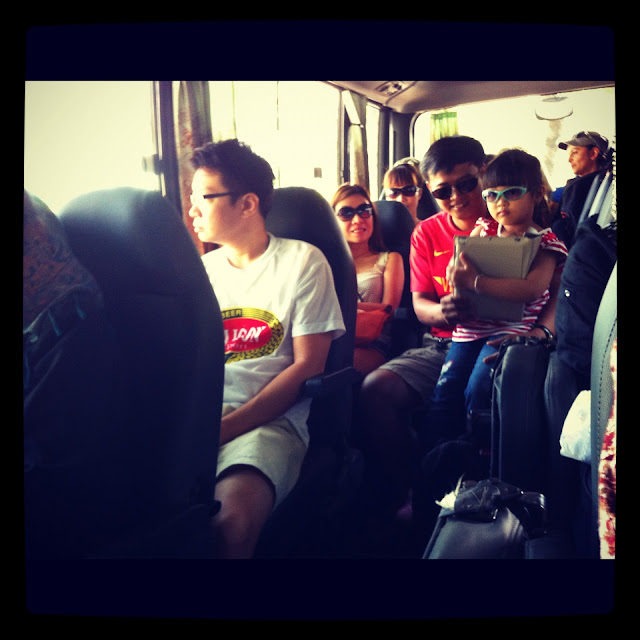 It was approximately 1.5 hours to the tunnels. With a stop at a store that sold products made by the handicapped. By the time we got there, I swore the four of us wanted to wave the white flag and head back to the city in a cab. But we persisted. And finally got to Cu Chi in one piece. Phewz! 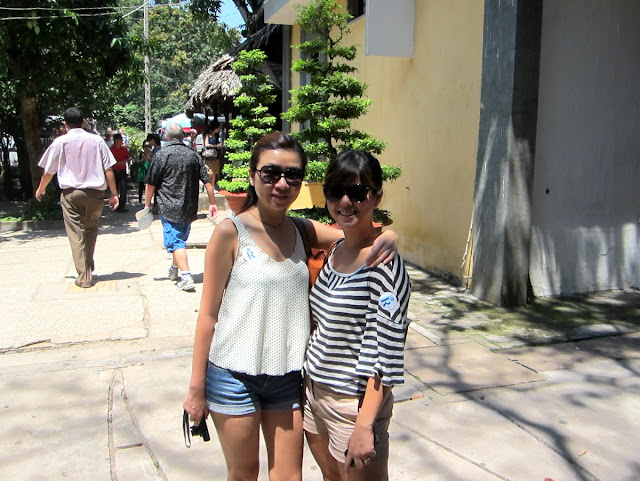 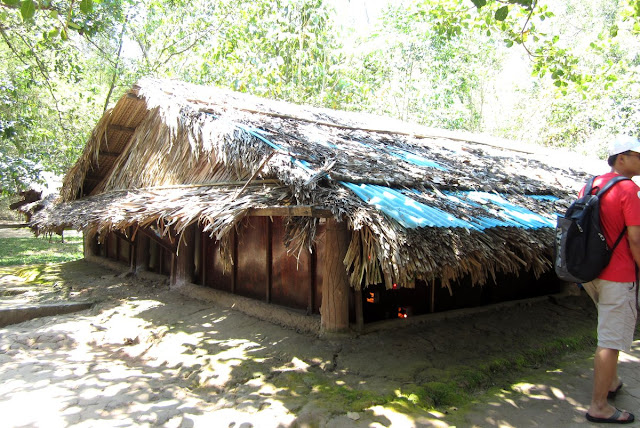 We arrived at a forest with lots of low rise huts. The guide took us on a 2-3 hour tour through the forest. Describing the horror of the American attacks, he showed us the different kinds of traps invented by the Viet Cong to trap, injure of kill the Americans.

We also got to see the 'modernized' versions of the tunnels. ie the ones they dug bigger for tourists. Quite a poof, I feel.

It was hot and humid that day. We literally sweat buckets as we walk through the trail.

We were given a chance to climb through the tunnels for a certain distance, shortest being 15m. However, after attempting to do so, I freaked out at the entrance and backed out. It was too claustrophobic for my liking and the musky smell of the tunnels turned me off.

We also got a chance to have some lotus tea and cassava to have a 'taste' of war time food.


So after all that walk, we got to the shooting range. If you ever need to feel how it's like to walk amongst gun fire, this is the place for you. Those guns were loud.

You get a choice of M30, M16, AK47 etc. Each bullet is probably $1USD and you need to purchase a minimum of 10. The boys and R went ahead with the firing. They had this guide who would take your bullets and bring you to the range. I call him Mr Army man. He was totally in military mode. It was funny as. 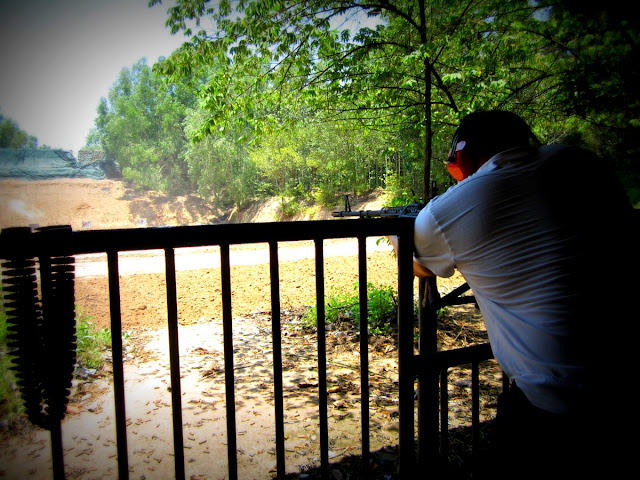 The final part of the tour was a documentary about the history of the tunnels. It was clearly propoganda. The information provided were all praises and the heroic acts of the viet cong. I didn't know whether I should cry or laugh.

My take on this tour. It's a once in a life time thing. As in you do it once, and then you won't want to go back again. But if you must, take a private tour. The comfort in the car ride to and fro is more than sufficient to make up for the price.
Posted by Pam at 11:45 PM