He is what I call in his glorious thirties now. A time where he's still young and full of charm.

I can't believe it's been a decade since we first met. He was 25 in that picture and I was just 21. Can you believe it? I can't seem to tell how it is that we've packed so much in ten freaking years.

I remember meeting him at a lecture theatre. I was in some awkward position behind a pillar. He was brushing past me trying to get out. We had a brief eye connection. But it was really through a project that we bonded. Ironically, he was the only one slaving through his section. Mine was *uh hmmm* a bit of cut and paste.

Anyhow, the first thing he said to me was, "I thought you were Malaysian."

There was something about him. He was charming and yet super hardworking at that time. He used to fill his time with student union stuff and teaching gym classes. I never remember him slacking much during the day. And he was really quite fun to be with. Weekend road trips. Late night movie dates. Suppers. Street market dates.

I loved being with someone older. It was with him that my eyes opened up to a whole new world.

Up till today, it is still very much an adventure everyday.

I am very thankful to have him in my life.

I never thought I'd say this but love gets better as time passes. 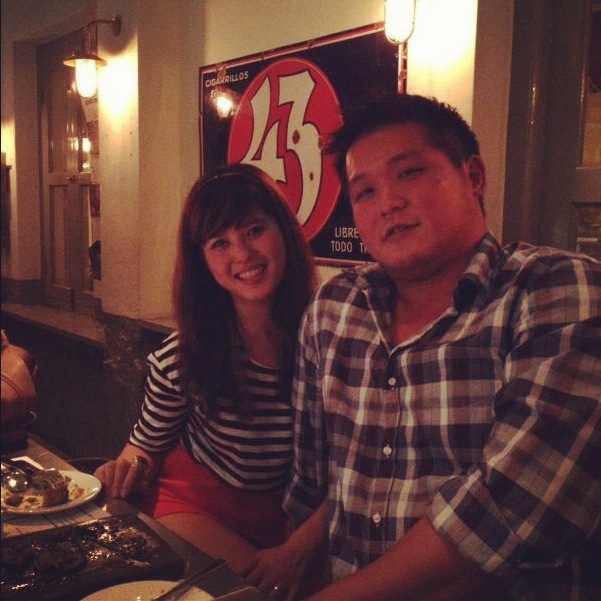