A couple of months back, Kayden was struggling with reading and writing in English.

It was, by and large, Mummy's fault because I was putting more focus on math.

So, in an act of desperation, we sent him for phonics. :) Hoping that it would kickstart him with the reading process.

The teachers at the Zoophonics school that we chose were marvelously brilliant. I kid you, not!

They had him reading simple words in 4 lessons.

The program is pretty fun! They always come out smiling at the end of class. The kids do stick with the same teacher as they progress. And you get a good feedback from them after each class about how they are trekking.

In fact, all three kiddos are now attending the same center. :)

And I have to say, he's improved so much that I'm very proud of him.

Here's a sample of what he wrote lately. (I'd initially thought the teacher helped much but she said it's really his thoughts and phrasing.)

Such insightful words from the six year old. 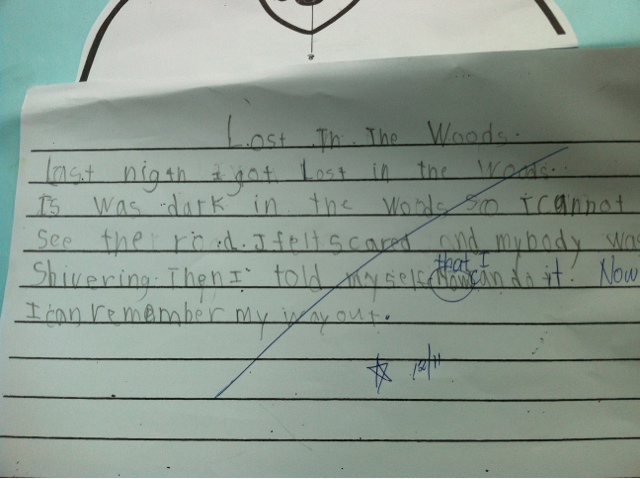 Email ThisBlogThis!Share to TwitterShare to FacebookShare to Pinterest
Labels: Kayden