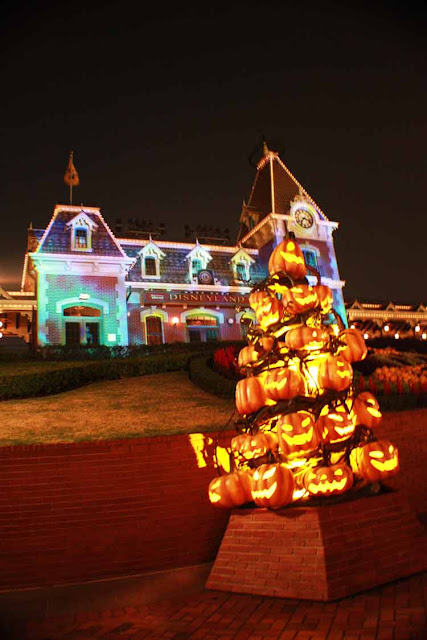 Guess who made it in time for Halloween down at Walt Disney world?

The entire Disneyland was converted into a major spookfest when we returned that evening.

There were plenty of hollow pumpkin heads around. Creepy shadows and images were flashing on the buildings, with the Headless Horseman roaming around Main Street. Cool!

Our favourite part of the night was the Halloween Parade. Oh my! How could you resist the opening float of Jack Skellington from 'The Nightmare before Christmas'? It was a little odd that he spoke Cantonese but hey! it looked spectacular.


The parade had the kids fixated. It was almost like watching what the insides of the Telly bursting out in real life.

You should've seen their faces. =) It makes the entire trip worthwhile.
Posted by Pam at 7:41 AM