Of Little Boys and Fast Cars

The other day, my mother was casually asking J what he wanted to be when he grew up.

She, looking a little surprised said, 'No... you should try to be an accountant, or lawyer or doctor.'

Listening to that conversation made me snigger because I was thinking, 'Hey Ma! Being a race car driver is a smart choice and honestly so much less work for more money and fame.' LOL!

Anyway, I didn't add a word on their conversation but it did make me realise that the boy might like to see the F1 cars whiz by down at the Padang this weekend.

So, bright and early on Saturday morning, we went down to Raffles City Convention Center to buy tickets for D to bring the boys there. (whist they were in enrichment.)

After picking the kids up from their phonics class, we announced that we had a special treat for them if they behaved well that day.

(Which was really relative but still we had tickets so we all had to go, somehow.)

You should see the look on J's face when he saw the tickets. It was absolutely gold.

He had this sparkle in his eyes and a skip to his step. Too cute!

And can I say that I think Singapore did a brillant job in the organization of the F1 event.

There were ushers scattered at every junction of the route towards the track, helpers at the MRT stations to guide you towards the right station for the correct gate, minimal fuss at the entrance. We were pleased as punched to be in the event within minutes. 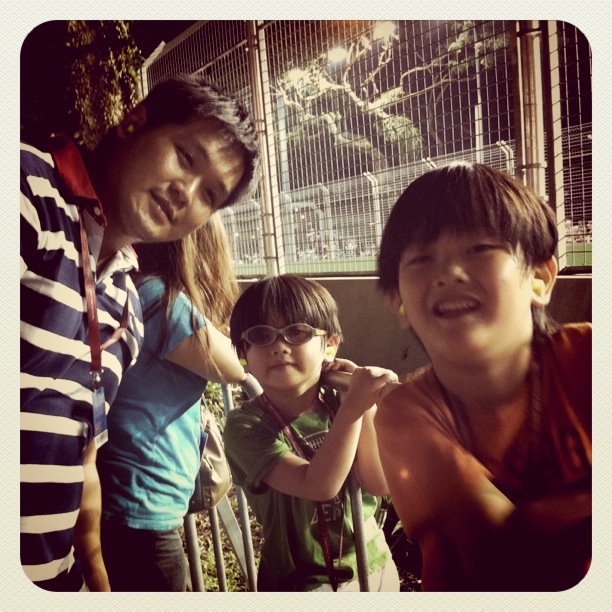 The boys had so much fun. It was humid though but my kids didn't care too much about that. They were just fixated on the cars that were just whizzing past. 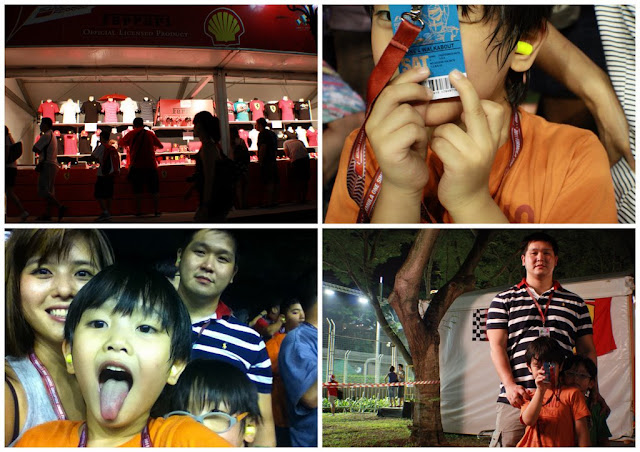 We wandered around the grounds towards the Padang and they were really enticed with the merchandising stands as Daddy was checking them out. There was plenty of peeps around and the kind gentleman at the Hard Rock Cafe stand gave them a free cola (a rare treat!) when they were queueing up to buy some water. 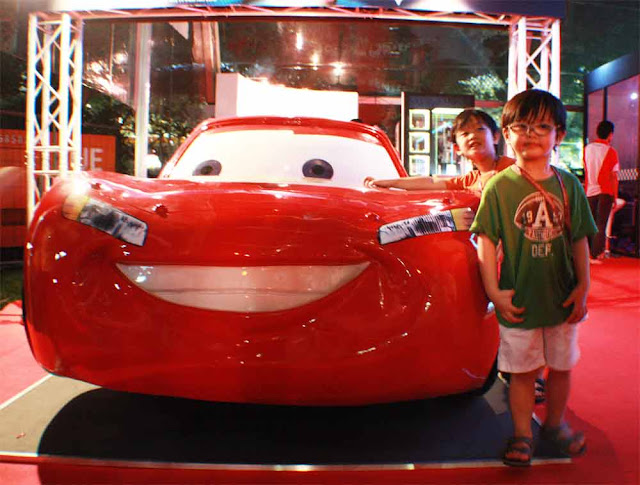 One of the highlights of the evening was meeting Lightning McQueen. The boys were so stoked!

We left after the trials and by then they were a lil hot and knackered. But they had a blast. And were really well behaved that evening. D and I brought them out for dinner and then my folks came to pick them up. 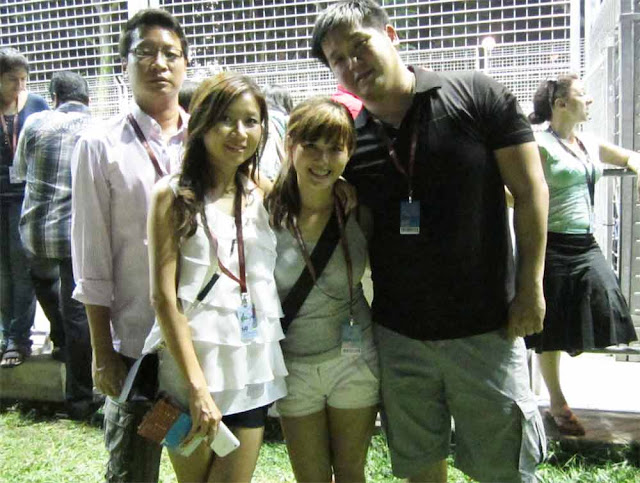 We then returned back to the circuit with our friends to catch the qualifiers and, of course, Shaggy.