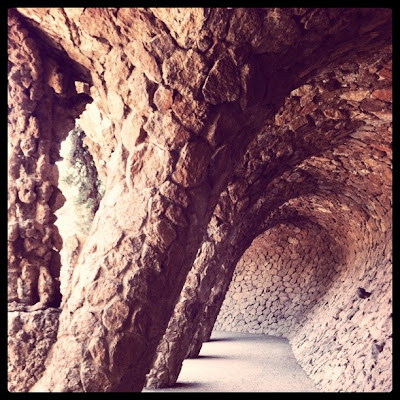 After sleeping the entire Saturday night away, we woke to a gorgeous Sunday morning that we spent at the Museo Picasso.

Right after some lunch we took the train to Park Guell, a UNESCO site, situated north of the city of Barcelona. 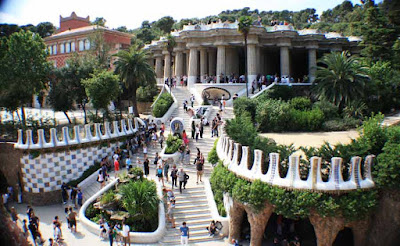 The main entrance of the Park
Park Guell was initially commisioned to be a private estate of houses but when it didn't work out, the state took over the land and converted it into a public park. It was meant to to provide a breather from the industrial fumes and a place for the locals to relax. 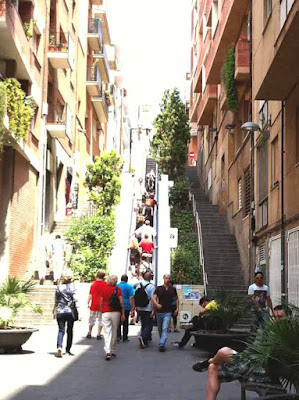 A life saver.
What we didn't expect was the hike up to the grounds of the compound in the hot weather. Thank God for escalators. It was a lifesaver for the very dehydrated tourists who wore inappropriate shoes. =) 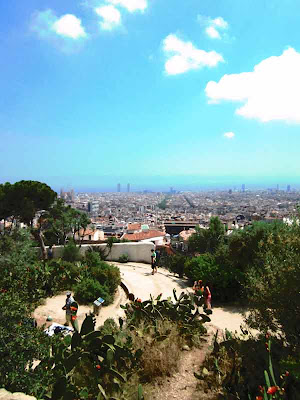 Hello! Barcelona
However, once you get to the gates of the park, the panaromic view of the city is well worth the efforts spent.

What makes the park special is all the mosiac work in the seating area of the upper arena, that Gaudi comissioned, as well as the Grand Entrance. My favourite part is the stone viaducts. It was all that I wanted to see when I planned the trip.

We had a great time exploring the stone viaducts and just taking some time out of the city. It was very relaxing, despite the high volume of tourists in the area. 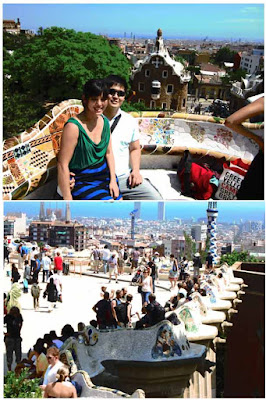 This is the upper arena, which is sadly filled with street vendors selling really random stuff. =( 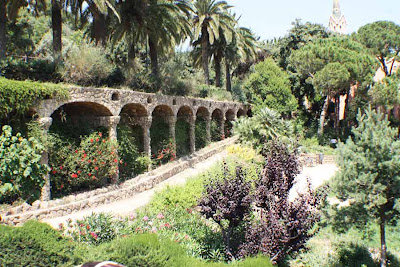 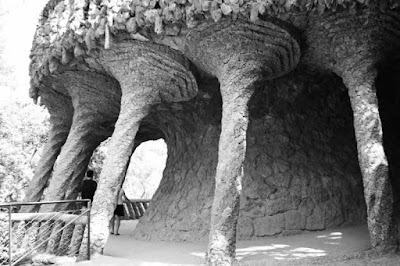 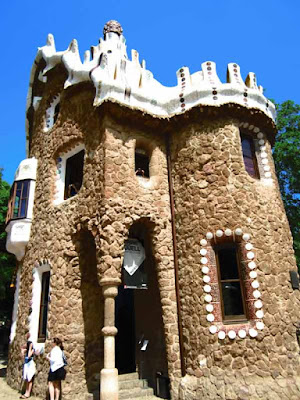 One of the Hansel & Gretel Houses 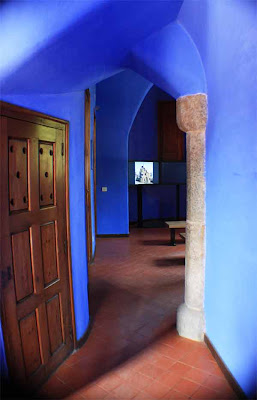 The interior of the worker house that Gaudi lived in
Posted by Pam at 3:57 PM