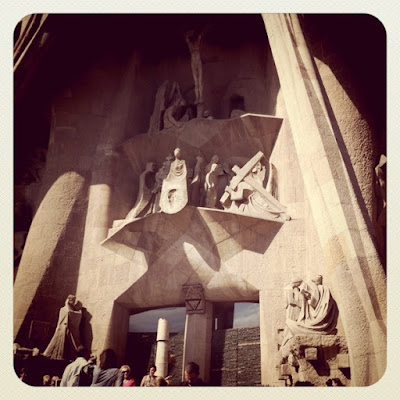 The Passion Facade
So... one of the reasons we were in Barcelona was to see the gothic architecture of the infamous Catalan architect, Antonio Gaudi.

Now we are not particularly architecture buffs but we do like traveling to see the different forms of architecture around.

First stop was the La Sagrada Familia. This was Gaudi's last project and the church has a combination of his gothic and modernism style.

We had to join a queue that went round the building when we got there but if you have time for just a few attractions, the La Sagrada Familia is definitely one to visit. Gaudi's genius is honestly for show over here.

And the building is not even completed. There are scaffolding around it and it is estimated that it will be completed around 2030. Guess it warrants a visit back to see how it is then.

This is definitely Gaudi's masterpiece. At the entrance, we got an audio guide to share (cheapos la, we!) and the thorough explanations helped us with the different backgrounds of the rooms that he had designed.

You will notice the gothic outlook of the church when you step out of the metro station but inside, it is all modern and slick. And this was all designed in 1883 but yet looks thoroughly current for its times.

We'd spent hours there before heading back to the hotel to conclude Day 1 in Barcelona. =) 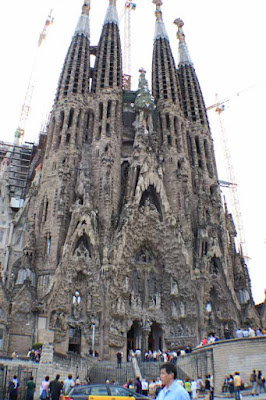 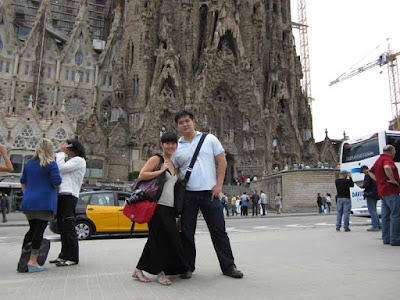 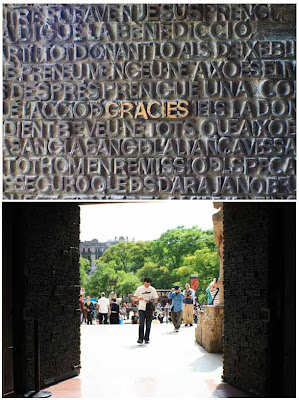 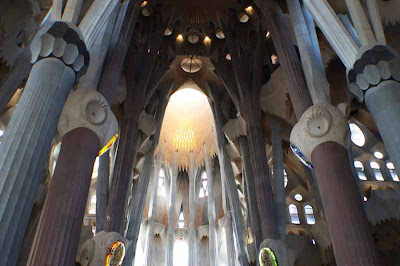 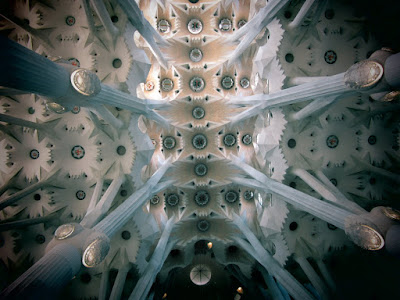 The detailing on the ceiling 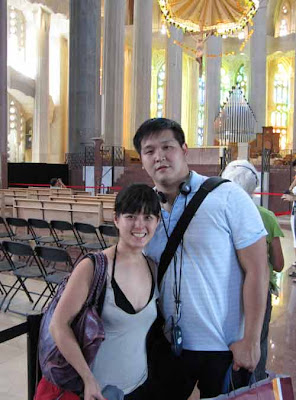