The husband and I just returned from a fortnight in Spain.

The idea started when he asked what I would like for my 30th and I said, "Paris" but he suggested "Spain".

Tapas, Gaudi and Europe is always a good idea. So off we went.

We landed blurry eyed in Barcelona after a 16 hour flight, and after dropping the luggage off at the hotel. [After walking like 8 blocks to the hotel] It was food that we sought. And where better than the La Bouqueria market down at La Rambla.

The market was already bustling at 11am in the morning. The array of fresh produce is incredible. Plus the vendors take great pride in the stall's decor. We took some time wondering around the market and it was a little hard to resist buying stuff cause everything looked fresh and the spread was much more than what you see here in SG. 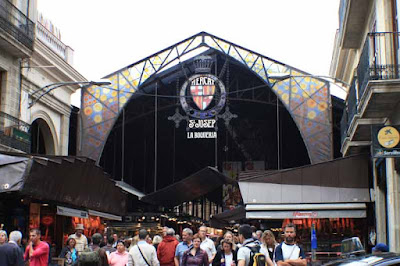 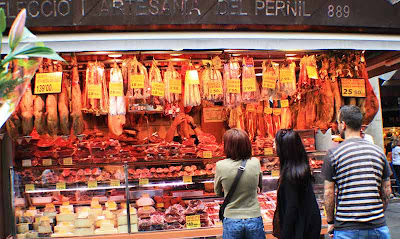 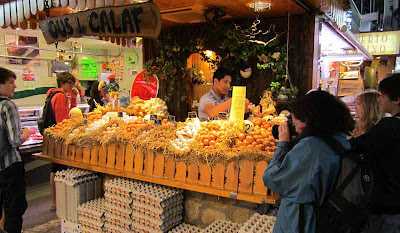 An array of eggs 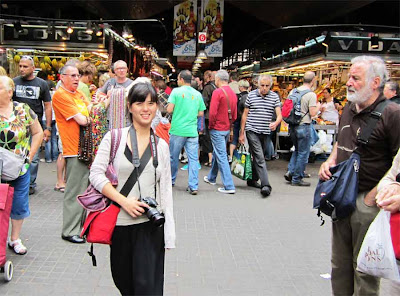 All zonked out by the long flight
Posted by Pam at 9:33 PM