When I was growing up, Debbie Gibson used to be the biggest star at that time. My cousins and I would dance silly to her tunes (on casettes!) whenever we meet. It was so funny, looking back now!

So when Class 95 announced that Debbie was coming! (alongside Rick Astley and Johnny hates Jazz ...both famous BUT I have no serious recollection of), my husband decided that we HAVE to get tickets! 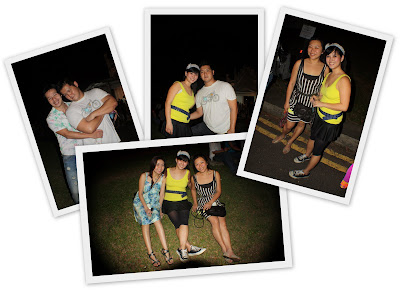 Our bunch of friends were pretty keen to go too and we played dress up that night! Can I just say that it must be so fun being a teen in the 80s! How can you go wrong? Everything off is so right then!

It was not a great start to the concert, I must say. We had just had an awesome japanese dinner and was all pumped up to go crazy at the concert when we got sidelined to the massive queue that was outside Fort Canning. It was so long that we took an hour to get into the venue.

PS: Hello Organizers (RTTS!!) A lot of people were very pissed off with that! It was not the way to start the concert, ESPECIALLY when we were early too!

Eventually we got in and it was all ok for a minute. Johnny Hates Jazz opened the concert. Sang some old songs, mostly new songs. (Erm.. new album plug!)

I admit that I got a lil bored so I volunteered to queue for drinks. And then I realised that there were 2 drinks stands and 2 beer dispensers for the 6000 plus strong thirsty crowd.

Forty five minutes on and I barely moved in the queue. My fellow concert goer who was standing behind me was just as disgruntled so we grumbled a bit to the staff. Then just then!! they announced the second act and guess who?

IT WAS DEBBIE GIBSON! 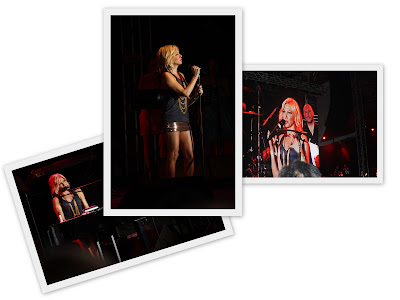 I jumped off the queue and ran like my life depended on it! The gal sounds exactly like how she did when I was six! And she was soooo HOT!! Seriously! And the gal is 40!

We bopped to all of the songs that she sang. And she got the crowd so excited that she came back for an encore of ABBA's "Dancing Queen". 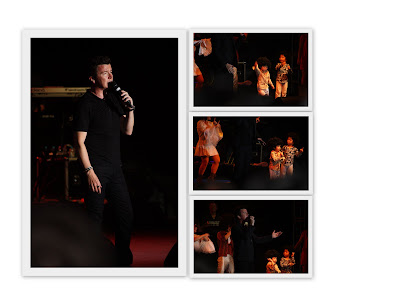 Then Rick Astley came on and did his thang. He was good too! But, like I said, I don't remember him at all. =p

Email ThisBlogThis!Share to TwitterShare to FacebookShare to Pinterest
Labels: Concerts