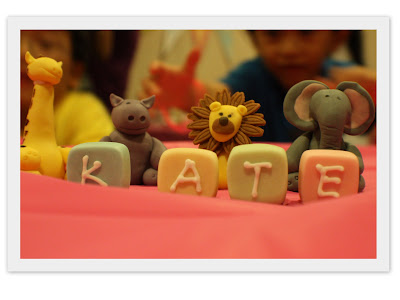 Coming from the tailend of two massive BOY parties prior in just the last six weeks, it was quite a breath of fresh air organizing her little girlie do. I'd spent the better part of the month preparing lil highlights like the Candy table and having her lil pictures put up in frames to celebrate her first twelve months.

(Personally my husband thought I was mad for putting in all that effort and late nights doing all these extra preps. "Sleep, Babe!" was his mantra for the month! LOL!)

It poured absolute cats and dogs before the party. In fact, the rain was so heavy that we were so thankful there was a walkway for the guests to walk to the function room to get to the party. Or else, everyone was going to be drenched like a duck! 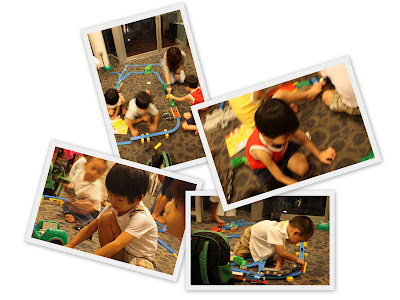 I got my boys to set up a train track for the kids who were coming. And it was a hit with the kids! Considering that there were 12 kids, only 2 of them were my nieces so it was a definitely a boys thing. 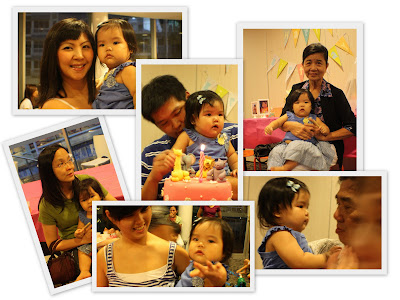 Kate was in a pretty jolly mood all night. Our relatives and friends all showed up bearing gifts and well wishes. Most of the kids there were her cousins and she is familiar with them so she spent most of the evening being a lil social butterfly. 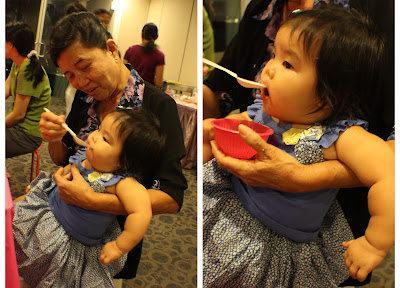 Everyone kept exclaiming about how chubby she is and I kept getting asked what she was eating. =p Needless to say, she was fed left, right and center by the people carrying her. 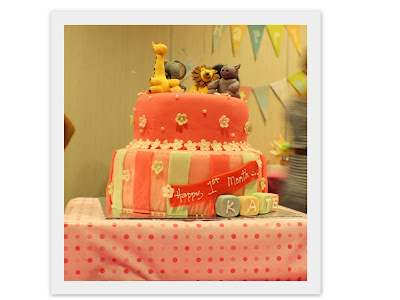 And then it cake cutting time. My sister got a beautiful customised cake from ET Artisan. (Don't they make the most delectable and enchanting cakes? And macarons too!) It had lil animals on the top of the two layer pink and pin striped chocolate cake. Yumz.

I think she got a lil confused as to why people were singing so loudly towards her. And when the song ended, both her kor kors blew out her candles for her. 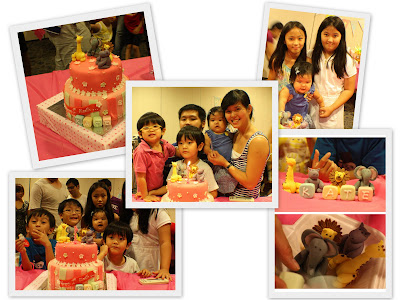 All in all, it was a pretty intimate and noisy party. More than what I could ever expect for her. Everyone left with such a big smile on their faces.

Can't believe that it has been a year!

Email ThisBlogThis!Share to TwitterShare to FacebookShare to Pinterest
Labels: Kate