Kate is a lucky lil gal who has two older brothers.
The two of them love her dearly (thank God!) and would usually shower her with attention and attend to her needs.
But the thing is, she is usually only amored by one of them.
And that would be Kayden.
She would smile at him and coo at him every time he comes into her sight. I dunno if this is due to the fact that he looks similar to her or that he feeds her milk during the car rides. But, whatever it is, she adores Kayden. He could do no wrong in her eyes.
Jake, on the other hand, gets the least of her attention. Sometimes when she sees him, she gives him a disapproving glance. It is funny how she can distinguish who she fancies and who she doesn't. She would grumble when he kisses her and sometimes cry when he comes near her. Funny, eh?
That said, I think she's slowly starting to like him. The disapproving glances are slowly becoming a lil lesser and now she bothers to hold a conversation with him.
Meantime, check out this series of pictures we took a few weeks back. =) 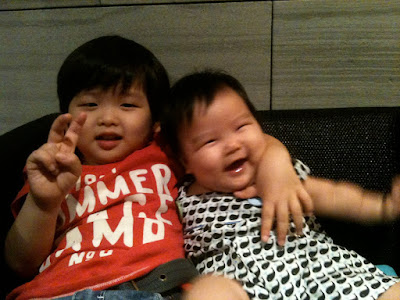 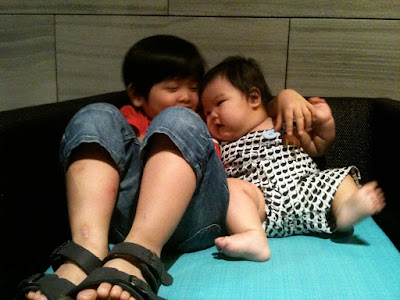 Oh wait a minute, you are not Kayden kor kor! 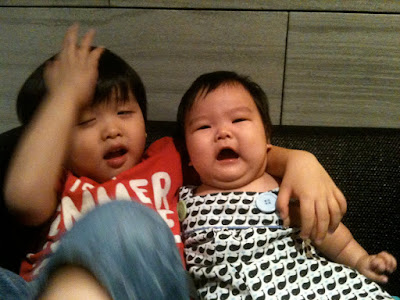 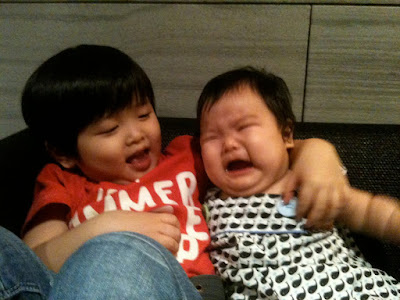 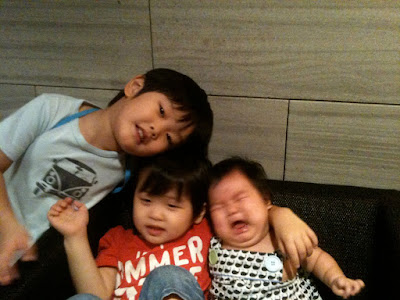 Somebody just pick me up already!!
Posted by Pam at 12:19 AM