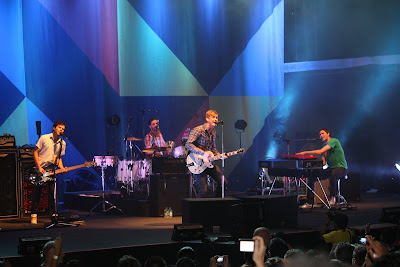 I was in Bali when I realised that KEANE was coming to Singapore for a concert!!
Was in two minds if we should spend the moolah at hot hot Fort Canning but on the day itself, I thought, WTH?
KEANE = Great music, right?
It was the best decision ever. (although we did spend three hours fanning ourselves crazy with the freebie fan!) 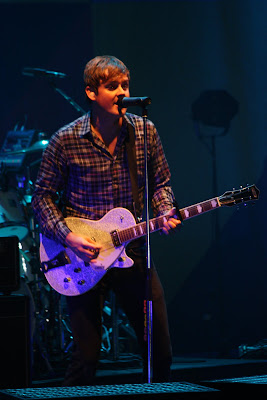 I was expecting Tim the lead singer to be a fat lil english bloke so was I surprised that he has legs as long as a supermodel! Plus his new hair cut made him look a lot better in person. He had a lil bit of a military band like marching when he was standing still. But boy! can the man sing?! His vocals are awesome live.
It was a fun night out with the husband. I was quite beat after spending three hours on my feet but the music carried me through. Oooh all that walking up and down Fort Canning...
Now to think if I wanna go for the Beyonce/Black Eyed Peas one in September... but it would be incredibly close to Missy B's due date.
Posted by Pam at 12:23 AM