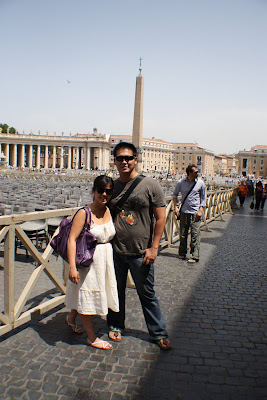 Us at St Paul's
One of the things we wanted to do in Rome was to dedicate a day to visit the mecca of the Catholic Church, which is known as the Vatican City, of course.
The lovely gentleman at the hotel told us that ladies needed to ensure your shoulders and knees are covered when you plan to visit. If you don't adhere to the dress code, you would not be allowed entry. (He even asked if I had my cardi in my bag, just before we left! =)) Gentlemen needed to wear pants or jeans. 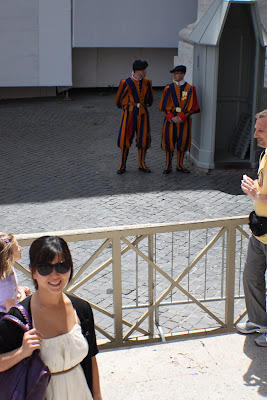 The costumes were apparently designed by Michaelangelo?
We had dedicated a full day for it because we were warned that it could take that long to cover St Paul's Basilica and the Vatican Museum. There was just that much to see and absorb!
Nothing you've ever read or seen would ever prepare you for the opulence and majestic aura of Vatican City. The walls of the church are adorned with marble. Renaissance paintings by the masters fill the entire ceiling and walls. It was just an amazing sight! I got some goosebumps by observing the artwork that took place thousands of years ago. 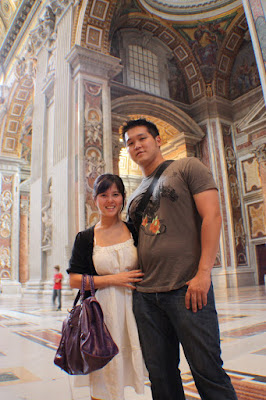 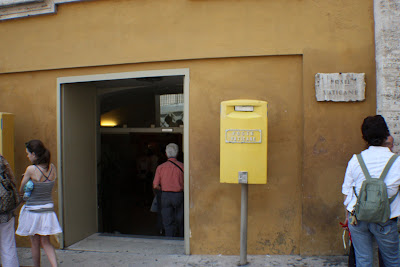 The Vatican Post Box. They have their own postal services. 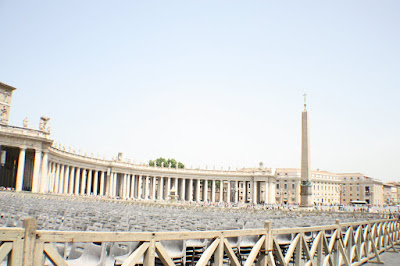 Where the Pope sees his papal crowd every Wed morn.
Once we were done, we headed over to the Vatican Museum, which was about 1.2km away. 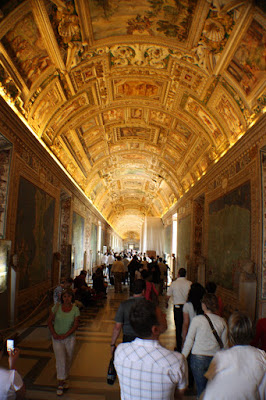 One of the many hallways leading to the Sistine Chapel 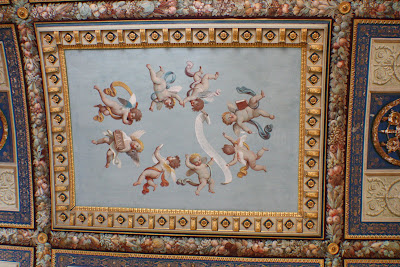 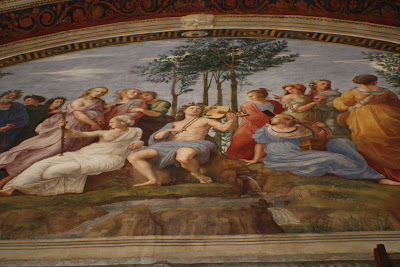 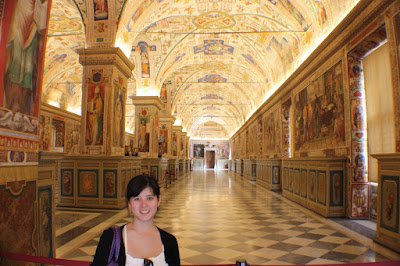 Again, it was just walls and walls of renaissance paintings. We spied Raphael's works in the apartments and Da Vinci's paintings on some of the walls. But it was Michaelangelo's famous Sistine Chapel that totally took my breath away. He had painted the entire ceiling on his own because he felt that the work of the other craftsmen were of secondary standards. Security was so tight. No one was allowed to take pictures.
If it was anything I took away that day, it was the power and wealth that the Catholic church had. It was an amazing experience! 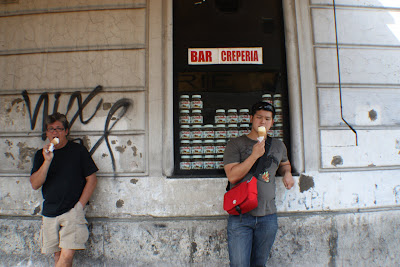 With that we ended our tour of the Vatican and decided that it was time for GELATO!
Rome was so darn hot when we were there. Thank God for italian ice! It was just what we needed!
Posted by Pam at 10:25 AM