What Kind of Ugly? 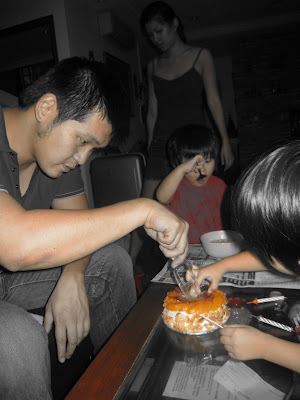 Friday night's birthday shenanigans went really well.
Convincing the husband that it was going to be an evening of movies and simple dinner, we left the house in a jiffy after blowing out the candles with the boys. 'Twas a really cute moment when the kid started singing the Birthday song and going Eep Eep Hurray! 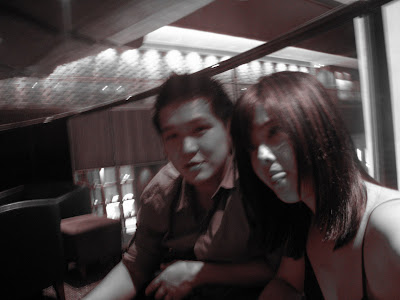 So off we went on our way to Mortons but somehow we had to settle for dinner @ the Bar at Morton's instead because we didn't have enough time before the "show". 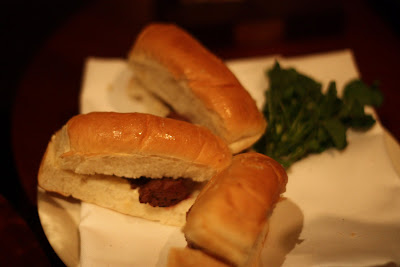 We had a couple of their really yummy steak sandwiches and a mortini each. Relaxed a lil before driving off to the location where I've gathered all of his closest friends from both his Chinese High and Melbourne days. 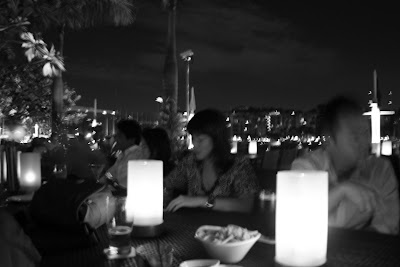 It took a week to organize the surprise gathering and I was really happy that most of the guys could make it! Cause we've been away for so many years, I thought this would be a great way to celebrate his first birthday back home.
I drove past Vivocity where we were meant to catch "Watchmen" in Gold Class and by then Mr Tan had his radar switched on! He knew that something was up. He kept trying to suss out where we were going! And by the time I turned into Keppel Island, he almost knew what I was up to! 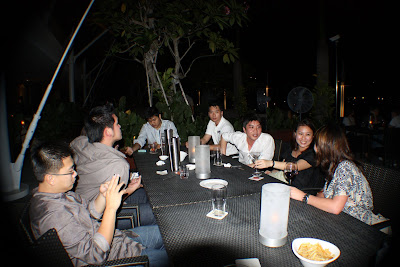 We ended up at Prive where 13 of our friends have gathered at the waterfront bar to surprise Mr Birthday Boy!! =)
He was mightily pleased to see everyone and the night kicked off with a lovely round of drinks and conversations. It was the perfect venue for a really chilled out night! Good thing the weather held up. 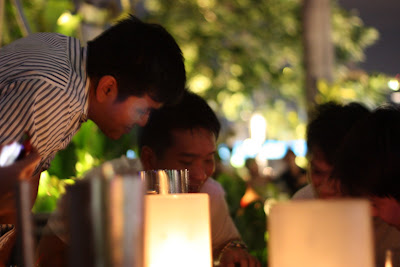 The boys
Next thing we knew we were on the way to Zouk and as more alcohol was consumed, the conversation steered towards old flames and past conquests. Somehow, or another, it ended up with a topic about screwing a really ugly gal.
A: You will not believe how ugly she was.
B: What kind of ugly?
*rofl* I almost wanted to roll on the floor and die laughing...
Ah well, we trotted home @ 5 in the morn and spent the rest of the following day and a bit recovering from our lil midnight jaunt which was a whole lot of fun!
Happy Birthday Hunni!
Posted by Pam at 1:55 PM