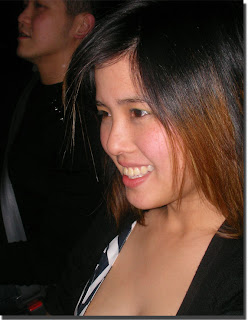 Dinner with the husband is alway fun..

We both have a ridiculously busy week and since I've been double dutyin as Mom for the last few nights, he decided to bring me to France Soir for a dinner treat. (We left the kiddos @ home with our nanny.)

France Soir has always had a softspot in my heart. Good genuine french food at a decent price. Needless to say, decent pricing always get thrown out of the window by a good bottle of french wine.

We chatted up a storm and flirted. Drank an excessive amount of burgundy. Food was excellent but hubbi felt that the selection of produce shld be a lil better. But I was happy with my food. Service was immaculate as always.

Two hours later, stuffed as a bunny, we hobbled out with the minute remnants of the bottle and drove home.

I love having my hubbi for a dinner companion. We rarely get the chance to talk much during the week so this is our lil weekly adult getaway. ♥
Posted by Pam at 9:56 PM No comments:

It's soo massive that it feels like a home theatre.

The boys were so amazed that when they saw a moster truck on the screen, both of them went "Woah"
Posted by Pam at 8:20 AM No comments:

Email ThisBlogThis!Share to TwitterShare to FacebookShare to Pinterest
Labels: TV

We went to have dinner at our usual M'sian restaurant last night.

And we bumped into the hubbi's ex when we entered. It took a while for me to register who she was as it's been ages since I last seen her.

I think the poor gal was quite stunned to see us. After settling the boys, he went up for a lil chat and then as soon as her takeaway food came, she literally scooted out of there as quickly as she can.

It was a lil awkward in the air, I guess. But we are all adults and you can't erase history. So it's best to be civil and nice.

Not such a typical night after all..
Posted by Pam at 8:12 AM

Email ThisBlogThis!Share to TwitterShare to FacebookShare to Pinterest
Labels: Out of the Norm

For those of you who know me for quite a while, you'll probably know that I hae a mole at the small of my back.

It's been there all my life and I've never bothered too much about it.

However, having said that, since I've moved to Australia, the risk of malenoma is significantly higher here. Simply because the hole in the ozone layer sits right above where we live.

Also, we have a friend whose husband died of the disease due to the over exposure in the sun.

So since I met the husband, he's been nagging at me to get it removed. "It's just too big to ignore, Dear" was what he said.

So for the past couple of years, I would normally just shrug it off when he made that comment. However, I've found some new lil moles showing up on my limbs and I got a lil freaked out.

I made an appointment to see the GP who kindly informed me that my lil friend would have to go.

So we had the lil procedure this morning and now I've got three stitches sitting where my mole was. It's been sent off to the lab for analysis.

The wound still stings and it's a lil strange to see a part of me in a sterile jar but my heart is feeling a tad more at ease now.
Posted by Pam at 7:57 PM No comments:

Email ThisBlogThis!Share to TwitterShare to FacebookShare to Pinterest
Labels: Me, Mole

We (aka I) do heaps of cooking in that lil kitchen of ours.

I've baked tons of different pastries out of that fan drivened oven and roasted heaps of meat in it.

Needless to say I love to cook. And I have the numbers to consume the dishes that I serve.

My newfound love is pasta making. After reading through my numerous Jamie Oliver's cookbooks, I've finally convinced myself to invest in a pasta making machine. We bought an Aventi one BUT it was crap. Damn thing jammed up in the middle of the making. Not impressed.

We brought it back to the store and the lovely lovely owner exchanged it for a Baccarat one, no questions asked. We were soooooooo pleased with the customer service that we will go back there for our cookware next time.

Anyway freshly made pasta is ridiculously easy to make. I am an absolute convert. And I never understood al dante till I added the cooked spaghetti to my cream mix. It was so delicious that my husband thinks it would be difficult to find a restaurant to beat that. :)

I love my new pasta machine!
Posted by Pam at 8:25 PM No comments:

Email ThisBlogThis!Share to TwitterShare to FacebookShare to Pinterest
Labels: Food 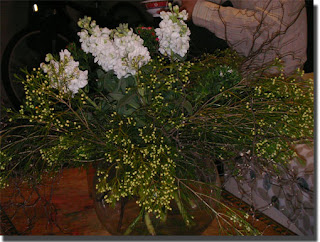 ... my lovely put-together flowers.
even though my husband thinks that they are notassignificantas the catering that day.
But I heart my arrangement.
Hmpf!
Posted by Pam at 6:47 PM No comments:

Email ThisBlogThis!Share to TwitterShare to FacebookShare to Pinterest
Labels: Flowers 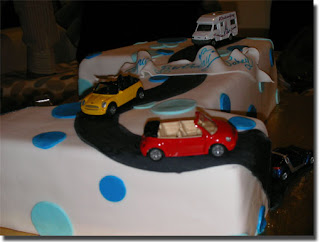 It's hard to believe that you finally turned one. It certainly felt like you've been around for much longer. Right from your drugless birth to your crawling days, I've always been really amazed at your lovely personality. Cos truly, you are probably the most chilled out baby I've ever met. 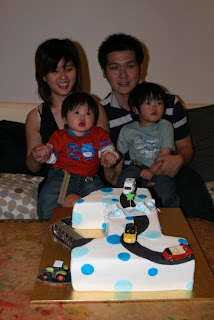 These days, however, you have been rather enthusiastic in vocalizing your thoughts. Our lil bubba has found his (very loud) voice. I never knew that you could scream that loudly, other than times when you dun get your way. And you love sucking up… when your daddy comes home, he gets the "DAAA DEE" loud and clear from your lil being. You love to call your Kor Kor too. Mommy, however, doesn't get much love. :( 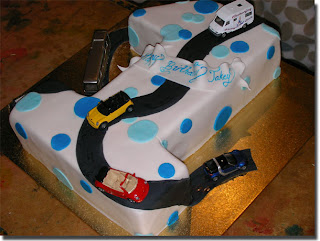 You, like your brother, have a great love for all things furry. Starting from the lil pup that we have @ home. The two of you would be ganging up on Rustie and go on a massive pat attack. It's beautiful seeing you petting him and telling him to stay and sit (with the right hand signals too!) 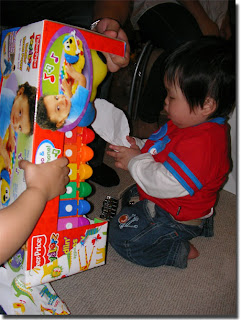 You have been a rather resilient baby too. I think becos you are the younger one, we've gotten rather accustomed to the different baby ways (ie; the occasional tantrums) that you've shown. We have been very fortunate to have you as you are certainly a lesser demanding baby. One that does not hold onto too dearly onto material things. You my child, loves cuddles and attention, more than anything else. Although you've recently developed a new love for mobile phones and remote controls! 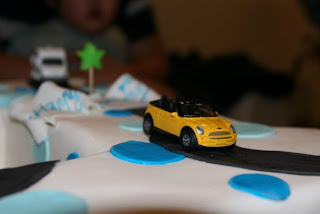 Lately, it seems like while you are an old hand at crawling, you are now keen to explore the walking route. And so we play walking games now. I would hold your lil chubby hands and then we'll trek down the living room. The downside is that you are getting so wiggly when we go and eat at restaurants… but crawling on restaurant floors are not really acceptable in mommy's books. So it's a constant battle to keep you occupied so that you dun have that thought in your lil head. 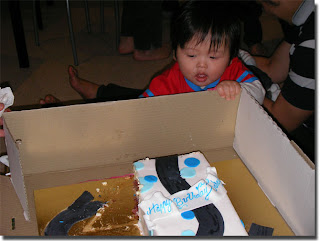 The saving grace is the fact that you love to eat. All we have to do is stuff you with whatever that we are eating and you'll be a happy camper. The two of you are such great chompers that we usually have a separate order for you, which you guys would usually polish off. 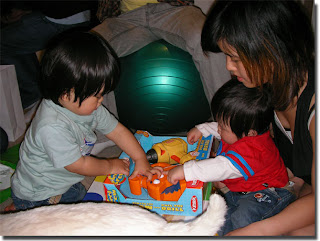 Anyway, it is a momentous milestone for you, my dear. In so many ways you are still my baby. I guess being the younger one, there is a tendency to be a lil softer towards you. But you know what, if you ever get too cheeky… I think your older brother will keep you in check. We can't trust Daddy cos he's too soft! Ha!

I had a really interesting dream last night. And it left me feeling like it was reality.

Anyway that got me thinking about the past. About how things had evolved. How much we have all grown in our own individual ways.

Then I realized that I am no longer a girl. I have evolved into the person that I am today. A wife and a mom... and more so an adult.

I felt a lil nostalgic about my young life. And as I told a girlfriend, I'm always lucky to have a supportive partner. All my life, it's been that way… and it's no different now. In fact, I always felt that Darien is like the other piece of my puzzle.

I've always believed that I'm fortunate to find a partner that not only complements me but someone who enriches me in ways that I never thought possible. He is my main driving force. He encourages me to do things that I never thought I could do. With him, I'm never afraid to be who I am. He taught me how to be a better person, to have an open mind about things and to always think of a good back up.

Once a week, we would sneak out for a lil date to re-connect. And then ,we would have vivacious conversations about various topics and would often laugh our heads off in our own shared humour. This brings us back to our dating days.

I guess bottom line is, we are blessed to got each other to have and to hold in this life.
Posted by Pam at 4:42 PM No comments:

Email ThisBlogThis!Share to TwitterShare to FacebookShare to Pinterest
Labels: Us

These kids are growing waaaaay quicker than what I ever expected. I now have two full blown toddlers who have no qualms expressing their feelings when it happens.

The lil one is turning one in a few days and we are throwing a big bash to celebrate his first year. It's quite fun planning kids parties cos there really isn't anything is is too silly to consider.

It has been a wonderful journey with them and I cannot imagine my life any other way. 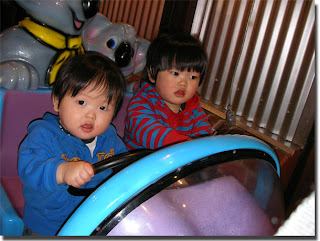 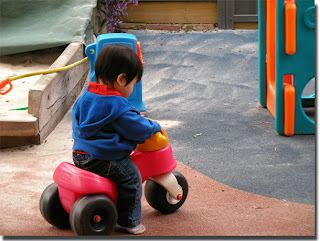 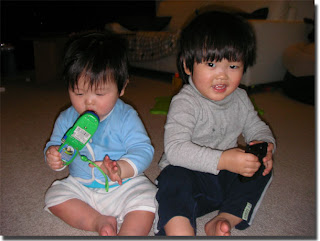 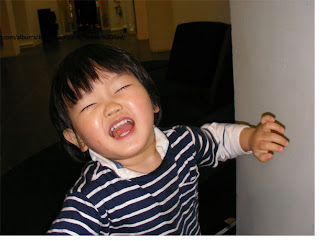 I am a very blessed gal.

I've hurt my foot two days back. I punctured a hole in my left foot when I stepped onto a chipped piece of plastic and it was humungeous!

I tolerated the pain for most part of the friday but I got a lil feverish so I called the husband who offered to take me to the doctor. Turned out we couldn't get to see anyone cos they were all booked out.

So it fell onto my hubbi to use his first aid skills on me. He's been washing my wound and wrapping it up for me the past few days and I get massages at night for my poor stiffed up calf.

And it's things like that that matter the most. No doubt, I've got a really painful wound but I reckon the payback is well worth it.

I love ya babe. And I really need clutches for the limp!
Posted by Pam at 6:45 AM No comments:

Email ThisBlogThis!Share to TwitterShare to FacebookShare to Pinterest
Labels: Hurting

Being a really sick of the current outgrown and messy long hair that I've got... I went and got a pob.

But it's not all that simple to maintain!

Shorter hair is always a lot more high maintenance than long but I'm loving the cut enough to go through all the trouble.

I just need to get it colored now!
Posted by Pam at 6:29 PM No comments: